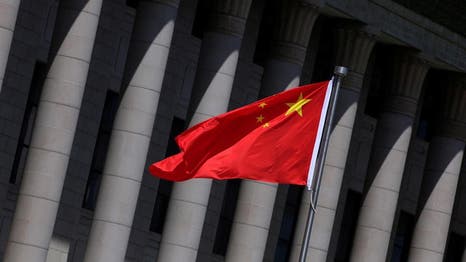 The United States has ordered China to close its consulate in Houston in a dramatic escalation of diplomatic tensions between the feuding superpowers.

Wednesday’s announcement infuriated Beijing, which vowed to retaliate as the two countries squabble over a slew of issues ranging from trade to the coronavirus pandemic and China’s policies in Hong Kong, Xinjiang and the South China Sea.

She added that under the Vienna Convention states “have a duty not to interfere in the internal affairs” of the receiving state, but there were no further details about the reasons behind the decision.

Before the news emerged, firefighters and police were called to the consulate building in Texas on Tuesday evening on reports that documents were being burned in the courtyard, according to local media.

The Twitter feed of the Houston police force said smoke was observed, but officers “were not granted access to enter the building”.

In Beijing, foreign ministry spokesman Wang Wenbin said China was told Tuesday that the consulate would have to close, calling it an “outrageous and unjustified move which will sabotage China-US relations”.

“China urges the US to immediately withdraw its wrong decision, or China will definitely take a proper and necessary response,” Wang said at a press briefing.

“It is a political provocation unilaterally launched by the US side, which seriously violates international law… and the bilateral consular agreement between China and the US.”

The Chinese Consulate in Houston was opened in 1979 — the first in the year the US and the People’s Republic of China established diplomatic relations, according to its website.

The website says the office covers eight southern US states — including Texas and Florida — and has nearly one million people in the area registered at the consulate.

There are five Chinese consulates in the US, as well as an embassy in Washington.

State-run tabloid the Global Times launched a poll on Twitter in English on Wednesday asking people to vote for which US consulate in China should be closed in response, including the ones in Hong Kong, Guangzhou and Chengdu.

The US has an embassy in Beijing, plus five consulates in mainland China and one in Hong Kong.

The order to close the Houston consulate came the same day that the US Justice Department indicted two Chinese nationals for seeking to steal coronavirus vaccine research.

The two men, who are believed to be in China, acted in some instances “for their own personal gain” and in others for the benefit of China’s Ministry of State Security, Assistant Attorney General John Demers said at a news conference.

China rejected the allegations as “slander”.

President Donald Trump’s administration has ramped up pressure on China on a wide range of issues, imposing sanctions on Chinese officials over policies in Tibet and Xinjiang.

The United States has led denunciations of the treatment of Muslim minorities in Xinjiang, a far west region where an estimated one million Uighurs and other ethnic groups are believed to have been held in re-education camps.

The US has also downgraded relations with Hong Kong after China implemented a new security law which Washington says is in violation of Beijing’s promises of autonomy for the territory.

Pompeo urged the “entire world” to stand up to China on Tuesday during a visit to Britain.