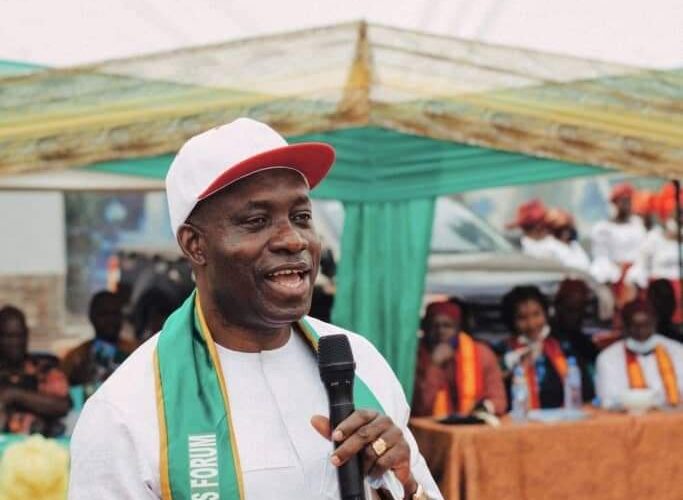 The commissioner of police in Anambra State Monday Kuryas says former central bank governor Cukwuma Soludo is safe, adding that some arrests have been made after gunmen attacked him in his native Isuofia on Wednesday.

The CP said this when he spoke to Channels Television, assuring residents that his men are on top of the situation.

He confirmed however that the state Commissioner for Public Utilities, Emeka Ezenwanne, was abducted by the gunmen.

Mr. Kuryas said he has since visited the ex-CBN governor and “reassured the professor of the security around him”.

He said, ”The former CBN governor was holding a town hall meeting with the youths of his community called Isuofia in Aguata Local Government Area of the state.

“Suddenly, unknown gunmen attacked my men that were providing security for him. In the exchange of fire, three of my men were killed but the professor is safe.

“However, the Commissioner for Public Utilities, Engr Emeka Ezenwanne, was abducted in the process and my men are on the heels of the abductors.”