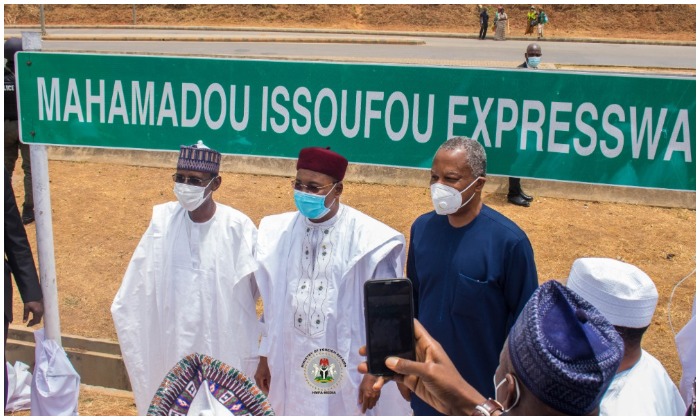 Nigeria’s President, Muhammadu Buhari has named an expressway in Abuja after his friend and Niger Republic counterpart, Issoufou Mahamadou.

FCT Minister, Muhammed Bello and Minister of Foreign Affairs, Geoffrey Onyeama, announced this on Tuesday during the inauguration of the road.