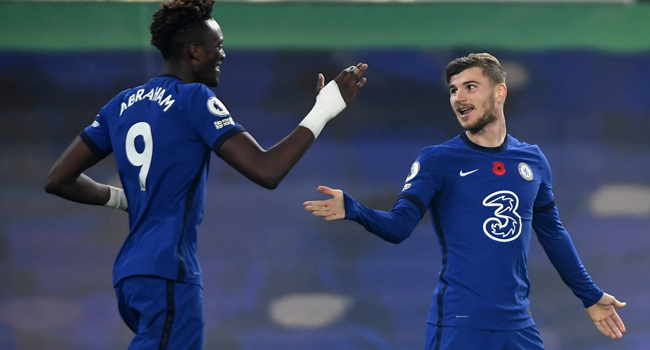 Frank Lampard’s Chelsea came back from a goal down to comfortably beat Sheffield United 4-1 on Saturday at Stamford Bridge.

Chelsea are beginning to pick up the pace after their expensive summer rebuild and are now just one point behind Southampton and Liverpool, who play Manchester City on Sunday.

But they hit back quickly, with England forward Abraham slotting home from Matteo Kovacic’s cutback and Chilwell put Chelsea into a 2-1 lead just past the half-hour.

Brazilian veteran Silva bagged his first Chelsea goal to put the Blues 3-1 up before Werner blasted past Aaron Ramsdale to put the home side in total control.