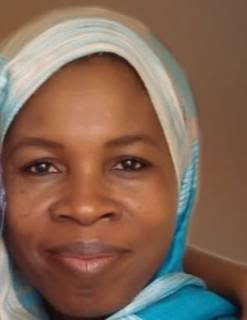 By the time the dust settles and the story of the EndSARS protests is written for future reference, the discourse will encapsulate many dimensions of the protests, including movie-like scenes of chaos and looting.
Certainly the unfolding spectre of vandalizism and arson will occupy a prominent place in that history.

Just like the Lekki tollgate event—whether it was killings or shootings—the raid on government and CACOVID palliatives, warehouses and its aftermath form part of the deeper social issues behind the EndSARS protests; events that were never envisaged or contemplated, the major one being the loss of lives of innocent Nigerians anyway. Setting ablaze the businesses and structures of APC chieftain, Asiwaju Ahmed Tinubu and many prominent people’s in addition to the looting of palliatives belonging to Coalition Against COVID (CACOVID) and state governments meant generally for the vulnerable and poorest of the poor can at best be quantified in millions of Naira, but it sends a bad signal to the world about who we are. In fact, Lagos state governor, Babajide Sanwo-Olu, put the loss to Lagos state at a trillion naira in both destruction and reconstruction.

As acknowledged by all, the EndSARS protests started well, was orderly too, and gained momentum without issues until government’s mismanagement of the Lekki side of it. Since then, it has been free for all. The arson and looting that started in Lagos, have since spread to other parts of the country. For example the EndSARS was confined to the South, mainly because SARS’ atrocities were more of a Southern reality, but looting of palliatives has cut across the length and breadth of the country, because hunger and anger fury is a national reality; another indication many people did fall on hard time, poverty and unemployment worsened by COVID-19 pandemic and concomitant lockdown. This argument is however flawed in view of the activities of the real thieves among hungry looters who have since extended their deadly reign to political vendetta and even now driven by material quest.

Otherwise, how do you rationalize the open theft of material things? What has hunger got to do  with the carting away of mattresses, mats, generators, chicken, goats, trucks, tractors, chairs, wears such as suits and shirts, such that one looter in Senator Ndoma Egba’s house was jokingly asked if the shirts and suits he took away were his size. Again, I heard that some of the food items carted away from Gwagwalada and Idu warehouses are being displayed for sale on the streets of Abuja. Is it hunger or greed that also caused that? How about the depressing news of Benue palliative being sold in the open market in Kano. The person who diverted it is obviously not hungry, but greedy and selfish. Isn’t it scandalous, that our people looted from NAFDAC warehouse where expired foods and medicaments are stored? Could that too be about hunger and poverty or loss of societal values?

While these isolated cases should not detract from the real hunger, anger and fury in the land, it is apparent that there is no love lost between the political class and the ordinary people and the affluent and the poor, all of who inhabit the Nigerian space. Nigerians do not trust their leaders and do not wish them well. Thus, while we have coinages like executhieves, legislooters, to describe diversion of funds at the executive and legislative arms, a new word, palliathieves, has found its way to Nigeria’s corruption lexicon.

In all these looting spree, there are lessons to take away. For the authorities, there is now an opportunity to re-evaluate their relationship with those they lead. Giving citizens silent treatment in the face of national angst or condemning youth for their demand for one thing or the other would not help. Every citizen’s grievance should be seen as an opportunity to improve governance.

As many are in shock about the discovery of palliatives, the question is why keep the food items when people are hungry? What is the bureaucracy in sharing within 48 hours if there are no ulterior motives?
The culture of flag offs, fanfares and ceremonial commissioning before items belonging to the people and bought in their name, are shared should stop. We don’t need all these ceremonies to give an individual just a carton of noodles. Before the looters took the laws into their hands, the cardinal principle behind the palliatives, which were to be given to the vulnerable, jobless and weak and poor was being withered away. Not surprising, therefore, that people are insinuating that those palliatives were hoarded for political reason, to be shared to supporters in order to gain political advantage over opponents, or use same in exchange for votes.

Uncompleted projects litter the country because they were abandoned after the ceremonial foundation-laying ceremony and after the contractor must have collected part of the money. For God’s sake where did this nonsense come from? When I watch foreign news channels, I do not see the president or governor commissioning small projects including sharing of foods. One governor was said to be waiting to distribute the food on his birthday. Common, this is belittling. Is it his father’s food items or his money? If I’m in a position of authority, I will only commission completed projects and not any stupid foundation-laying ceremony.

As uncertainties about our personal safety and the security of the nation stare us in the face, we need to rethink our value orientation. All this excessive display of opulence in the cars we ride and at our abodes should stop. If you think your security man or houseboy likes you because you pay him peanuts, you are mistaken. When a mob action starts and they come for you, he might not be able to save you. Until we learn to live for one another, in a society where there is justice and equity, EndSARS might just be the beginning of our woes.
Meanwhile, as lawlessness reigns, we must not allow the situation to degenerate to anarchy. That is why there is government in the first place.