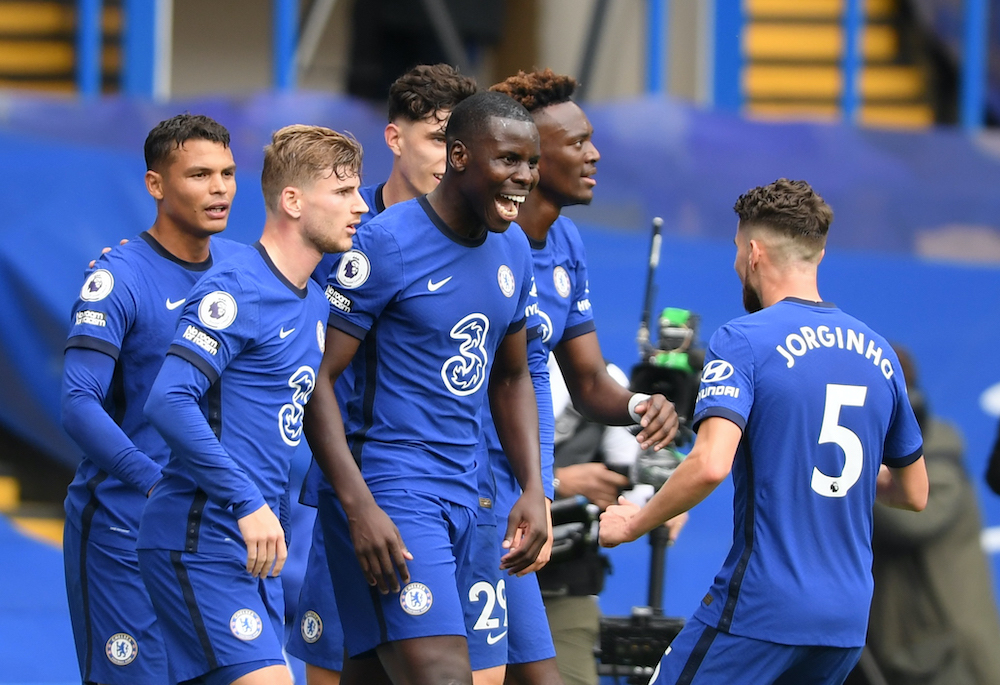 A Jorginho brace from the penalty spot and further strikes from Ben Chilwell and Kurt Zouma gave Chelsea an emphatic 4-0 win over Crystal Palace in their English Premier League clash on Saturday at Stamford Bridge.

Chelsea got back to winning ways after an awkward performance that saw them battle back from 3-0 down to hold West Brom 3-3 at the Hawthorns a week earlier.

The Blues turned it on in the second half with Chilwell scoring and assisting on his Premier League debut for the Blues.

Chelsea struggled to break down Palace’s low block in the first half, despite having all of the ball, but got their breakthrough just after the break as Chilwell slammed home from eight yards as the visitors failed to clear.

Chilwell was involved in the second as his cross from the left was brilliantly headed home by Zouma in the 66th minute, before Jorginho slotted two penalties in the 78th and 82nd after Tammy Abraham was brought down by Tyrick Mitchell and Mamadou Sakho had tripped Kai Havertz.

The Blues, who currently sit fourth place on the EPL, will be in action next after the international break, against Southampton at home on October 17, while Palace host Brighton and Hove Albion a day later.