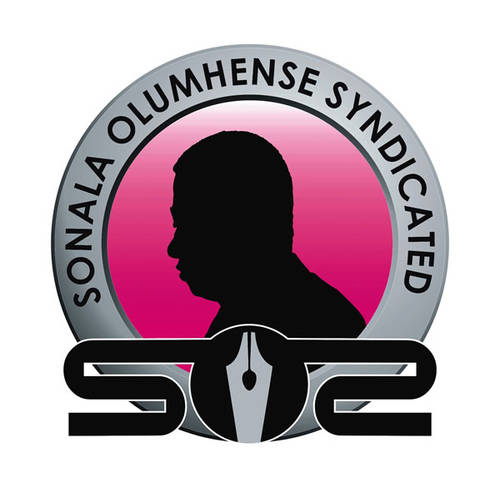 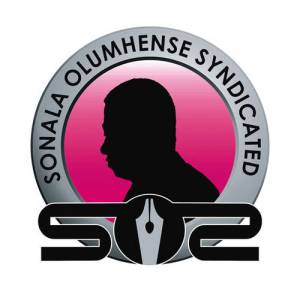 As I wrote this story last week, the Government of Nigeria was in Edo, my home state, trying to buy the governorship election scheduled for yesterday.

In our big towns of Auchi, Uromi and Benin City, the government distributed the money and gifts, advertised as “Micro Enterprise Enhancement Scheme (MEES), to thousands of citizens in a barely-disguised attempt to bribe them to vote for the All Progressives Congress (APC) candidate.

The government and the APC are headed by President Muhammadu Buhari, who approved the disbursement, to which the government invited “the general public, Edo women and youths.”

Let us point out that the government did not put MEES in play in June 2015, after Buhari came to power, to use it to stimulate the economy of Edo. Nor did it put it into play last week in any other state where there was no election on the calendar.

Buhari did not put the mechanism in play nationwide after he returned to office in a similarly manipulated election last year in some sort of effort to kickstart the economy, challenging women and the youth to use the money to enhance their enterprises.

But the strategy is not new: ahead of last year’s election, the government deployed the Trader Moni scheme to entice voters.

What is inescapable is that last week, Buhari chose Edo on the eve of a governorship contest he has asserted his party must win, and into which he has emptied the security forces.

It is also an election personally polluted by former APC chairman and former Edo governor Adams Oshiomhole, the anti-godfather figure who has transformed into the face of godfatherism.

So much has Oshiomhole embraced the art of trying to define elections in his own image that he is reported to be one of the local politicians on whom the United States imposed visa restrictions in July last year for undermining the elections.

In its follow-up on the Edo elections last week, the US imposed additional visa restrictions on some politicians for their actions in the Kogi and Bayelsa states’ elections last year, and in the preparation for the Edo and Ondo elections this September and October.

“These individuals have so far operated with impunity at the expense of the Nigerian people and have undermined democratic principles,” the US said.

To be clear, APC did not invent manipulation in recent Nigerian elections. The Peoples Democratic Party (PDP) did; to be clearer still, the PDP, under President Olusegun Obasanjo, did.

It was Obasanjo, who after assuming office in 1999, introduced not only the concept of “do-or-die” elections, but of the PDP ruling for 60 or 100 years. That story is well-documented.

The crimes, misdirection, and manipulation of the Obasanjo Years, including his illegal third-term effort, are also well-documented.

It is in this light that his crocodile tears about Nigeria becoming a failed and divided state in the hands of Buhari must be interpreted.

Both men are the only two Nigerians in history to have had two opportunities at ruling the country, the first as a military leader and the second outside military fatigues. Each has returned a shameless failing grade.

Sadly, Obasanjo thinks of himself as a hero, but that is not what the records show. And while he is responsible for the sequence of events that produced Buhari, he was as allergic to accountability and transparency as Buhari is today.

The good news is that Buhari got the chance to become the champion he always claimed to be. The bad: he succeeded only in proving that that Buhari is a myth.

The real Buhari, Nigerians have learned in the last five years, is either well and truly inept and does not care about the unity of Nigeria or her advancement, or both.

To the extent that Nigeria’s swift descent into hell is under his watch, the answer is: both.

That is why his response to every problem is propaganda, not robust problem-solving. He would rather gather his praise singers so he does not have to listen to the cries of the victims of his work.

The 2018 documentary, “The Human Side of President Muhammadu Buhari,” is an embarrassing but excellent example of this approach where federal resources are squandered to gather his appointees and family members to massage his ego, each one trying to outlast the other.

How did Buhari conclude the video? “My prayers every day […] thanking God that he allowed people to understand and believe me. This goodwill that I enjoy from the masses is what is keeping me in politics. And my central objective is to provide transparent and accountable government.”

Who are the people who understood and believed Buhari as the country descended into a joke and became the world capital of poverty while his family shopped, his children went to school and he enjoyed medical attention in Europe? Who?

Goodwill? One cannot deny that he enjoyed plenty of it ahead of the 2015 election. But he quickly squandered it. If not, why was the deployment of government resources and the electoral manipulation of 2019 necessary?

In other words, if Buhari understood—or was sincere about cause and consequence—by his own definition he ought to have removed himself from Nigerian politics by now.

But observe that he also claimed—after four years in charge—that his objective is “to provide transparent and accountable government.” In other words, he knew that in those four years, and despite that mountain of goodwill, he had not provided it.

Little wonder then, that outside of official propaganda, the economy continued to flounder. Insecurity grew, as did corruption. Poverty exploded. The architecture of governance decayed. Tokenism—the celebration of crumbs as history—took over.

Whatever happened to CHANGE? Nothing: a government which promised it, forgot it. Buhari no longer mentions it because that contradicts a bubble in which he is surrounded by the vile and insufferable he said he would get rid of.

What about merit? Nothing, as a man who claims to be incorrupt is unveiled as a champion of nepotism, pretending he does not understand how developed society did so through their best and brightest.

For six years Buhari has claimed he would probe Obasanjo’s empty spending of $16 billion in the power sector, has he not? Why hasn’t the “anti-corruption” ruler done so?

Buhari is a nation-builder? It is doubtful that the people of Borno State who continue to be mowed down daily by Boko Haram while Buhari holds “security” meetings in his Aso Rock fortress, think so.

Or that our refugees in Niger, or all those citizens worsted in armed Fulani herdsmen violence nationwide, or all the Nigerians who have no roads or schools or roads, or all those who continue to be emptied into poverty, think so.

Does anyone still wonder why the powerful nations are loathe to cooperate with Nigeria?

Finally, if there is a question to which we return as Obasanjo and Buhari fight over who is greater, it is whether a career in the Nigerian Army prepares a man for leadership or statesmanship.

Obviously, wearing an expensive watch does not mean you can tell Time, let alone what it means.