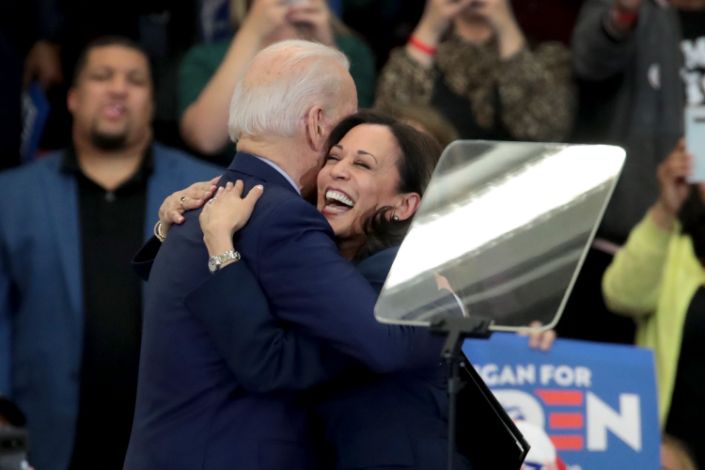 The 55-year-old California senator and former state attorney general and San Francisco district attorney becomes the first Black woman to be named to a national political ticket by a major party. Harris is also the first Asian-American vice presidential nominee in history.

Biden announced Harris as his VP choice on Instagram Tuesday afternoon after informing several of the candidates that they were not selected.

“I have the great honor to announce that I’ve picked @KamalaHarris — a fearless fighter for the little guy, and one of the country’s finest public servants — as my running mate,” he said. “Back when Kamala was Attorney General, she worked closely with Beau. I watched as they took on the big banks, lifted up working people, and protected women and kids from abuse. I was proud then, and I’m proud now to have her as my partner in this campaign.”

“@JoeBiden can unify the American people because he’s spent his life fighting for us,” Harris tweeted. “And as president, he’ll build an America that lives up to our ideals. I’m honored to join him as our party’s nominee for Vice President, and do what it takes to make him our Commander-in-Chief.”

Biden and Harris will deliver remarks in Wilmington, Del., Wednesday on “working together to restore the soul of the nation and fight for working families to move the country forward,” the campaign announced.

During the Democratic primary, Biden had committed to choosing a woman as his running mate. Black leaders urged him to pick an African-American woman. Harris’s father, Donald Harris, is a Black native of Jamaica. Her mother, Shyamala Gopalan, was born in India.