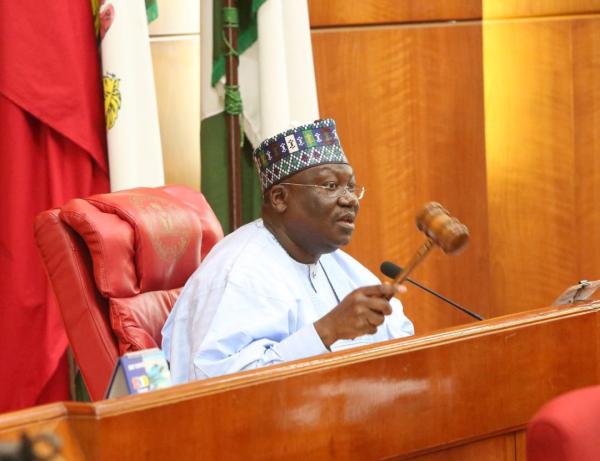 Nigerian Senators on Monday boxed President Muhammadu Buhari into a corner when they called on the service chiefs to step aside as the country continues to face security challenges.

Senators made the call during plenary on Tuesday in reaction to a motion by Senator Ali Ndume.

Ndume had moved the motion following recent ambush of soldiers in Katsina and the alleged voluntary resignation of many soldiers.

Both developments and others are worrying, he said.

However, despite his concerns about the security situation, Senator Ndume did not call for the dismissal of the service chiefs, neither did he demand that they should step aside.

It was the Vice-Chairman of the Senate Committee on Customs, Senator Ayo Fadahunsi, proposed an additional prayer that demanded the stepping aside of the service chiefs and his prayer was seconded by Senator Betty Apiafi.

The Senate President, Ahmad Lawan, ruled on the prayer and it was overwhelmingly supported by all the senators in attendance.

Resignation by public official due to failure is alien to the Nigerian political culture. It is not expected that the service chiefs would resign.

It is now left to be seen if they would be sacked by president Buhari, who is not under pressure to do that, as result of the new development in the senate.

Mr. Buhari had since refused to change the service chiefs despite their failure to keep the safe.