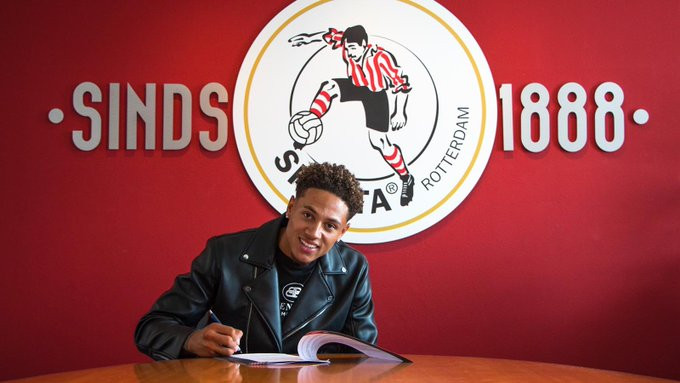 CHECKPOINTCHARLEY was informed that Okoye put pen on paper on Monday for Sparta Rotterdam. He was handed a two year contract, with an option to renew for another two years.

Sparta Rotterdam had beaten teams like Besiktas Istanbul, Atalanta Bergamo, der FC Luzern, Saint-Étienne and Sporting Lisbon to secure the services of the sensational Nigerian national team goalkeeper, who had broken into the Super Eagles, while playing regional football in Germany.

“We have secure a player with a great talent and potential with Maduka. There were interests from many clubs from different countries, but he believed that Sparta is the best place, from where he would get to the next level. We think he will be valuable for or club and happy that he decided to join us,” excited Sparta Rotterdam Sport director, Henk van Stee said.

20-year-old Okoye made his debut for the Super Eagles against Brazil in October 2019 following injury to first choice goalkeeper, Francis Uzoho.

He also holds the German citizenship, being the son of a German mother, but he proudly chose to play for the country of his father.