There was again proof that the legislature is under the firm grip of the executive in Nigeria on Tuesday as members of the Ondo State House of Assembly commenced the process of removing the deputy governor, Mr Agboola Ajayi.

Mr. Ajayi had fallen out with governor Rotimi Akerelodu and had since decamped to the Peoples Democratic Party, PDP.

The House of Assembly members are currently deliberating in the Assembly on the allegation of gross misconduct against Ajayi.

CHECKPOINTCHARLEY has been informed that there were many armed police and Nigeria Security and Civil Defence Corps officers on the premises of the Assembly.

Meanwhile, the deputy governor has approached a Federal High Court sitting in Abuja to stop the impeachment process.

Ajayi, in an originating summon on his fundamental human rights, asked the court to restrain members of the state’s House of Assembly from impeaching him as deputy governor.

The suit was filed on his behalf by his lawyer, I. Olatoke, a Senior Advocate of Nigeria. 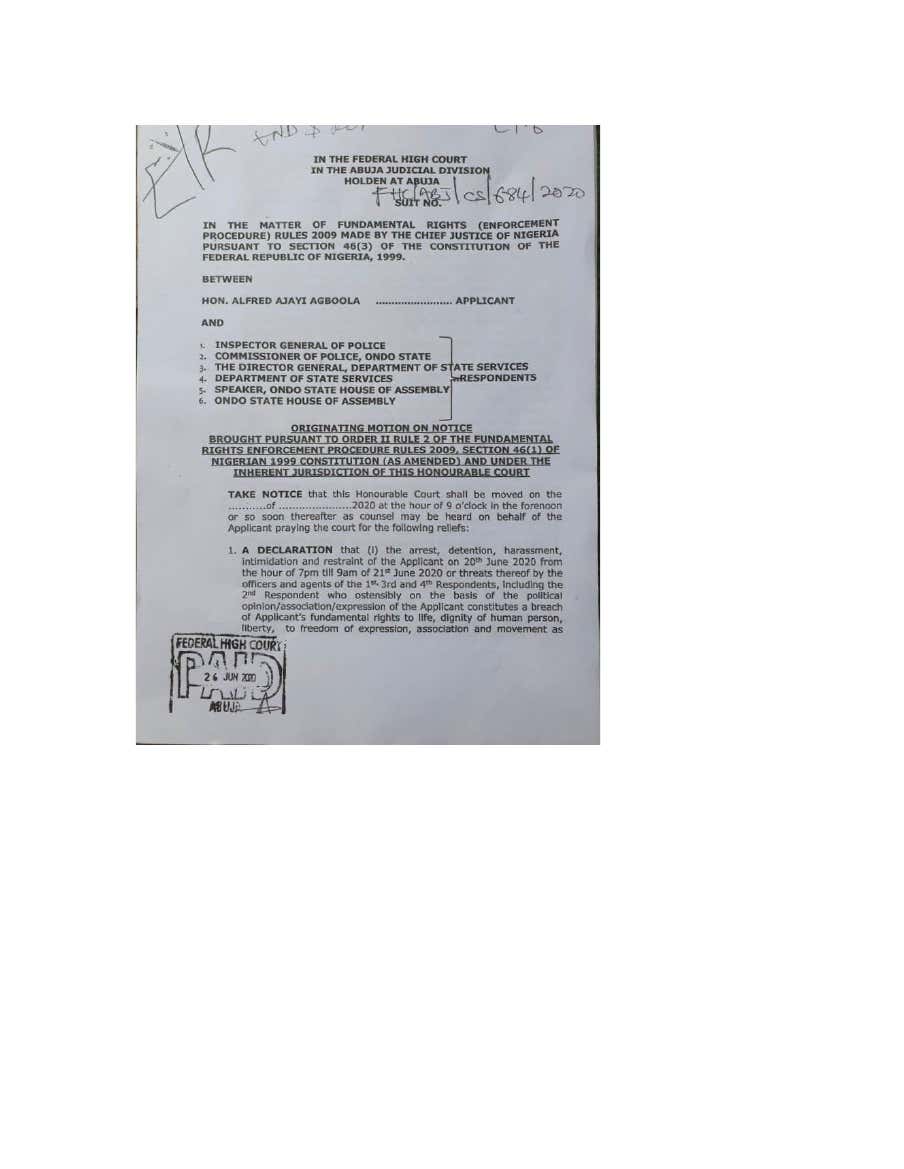