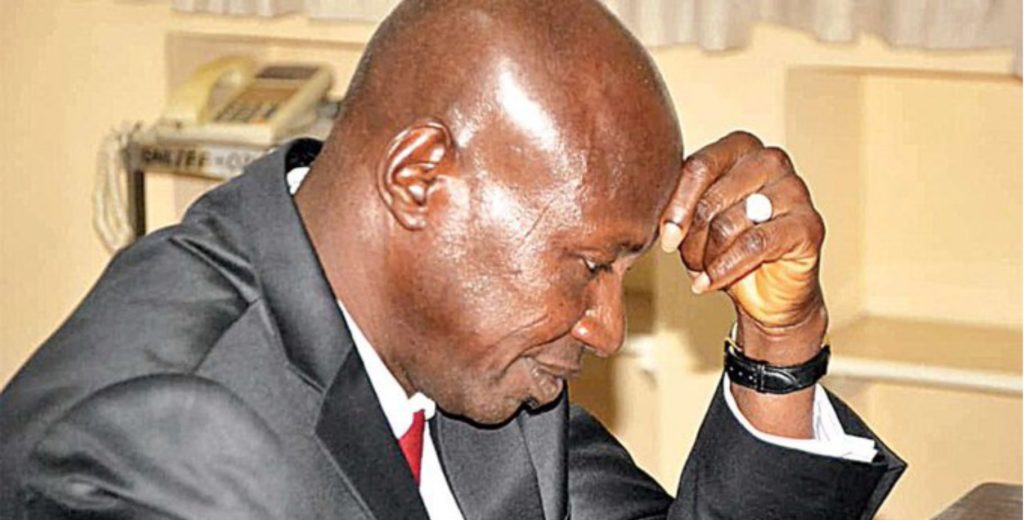 The era of controversial Ibrahim Magu as Chairman of the Economic and Financial Crimes Commission, EFCC, seems to be over as President Muhammadu Buhari on Tuesday suspended him from office.

Mr. Magu, who has been in acting capacity since five years, is facing at least 24 allegations of corruption and insubordination.

Buhari had set up a presidential panel, headed by Justice Ayo Salami, to probe the various allegations leveled against the EFCC boss.

The probe was triggered by allegations levelled against the EFCC boss by the attorney-general of the federation, Abubakar Malami.

Since yesterday after Magu’s arrest, the panel has been grilling him in camera at the Presidential Villa, Abuja before he was taken into police custody.

The Presidency has yet to issue a formal statement on the issue as of the time of filing this report.

But a source confirmed his suspension to the Punch. The source said, “It is commonsensical that when an investigation of this nature is ongoing, you don’t allow the person being investigated to keep the keys of the office for which he is being investigated.

“This is because if he keeps the keys, there can be a kind of tampering with documents or evidence.

“It is not logical and it is even undemocratic to allow such to happen.”

CHECKPOINTCHARLEY had earlier reported that sources say that the embattled EFCC chair will be asked to quit.

Recall that the Nigerian Senate under Bukola Saraki had refused to confirm Magu as EFCC chairman, citing negative security reports.