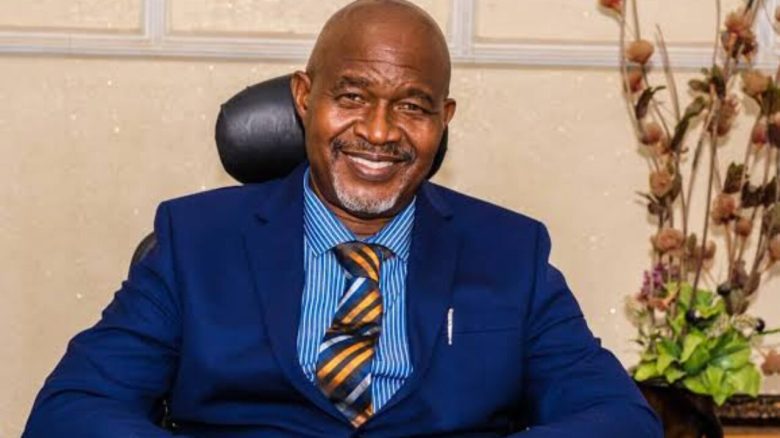 The Secretary to Ondo State Government, Ifedayo Abegunde, has resigned his appointment, a letter sent to CHECKPOINTCHARLEY on Monday morning indicated.

Ondo state governor, Rotimi Akerelodu is currently in isolation after contracting COVID-19. He had refused to handover governance to his deputy, Agboola Ajayi. It is yet unclear if Abegunde’s resignation has anything to do with that.

Mr. Abegunde said he will communicate his next line of action within the next hours. But CHECKPOINTCHARLEY understands that he is about defecting to the Peoples Democratic Party, PDP, to join his close ally,  Agboola Ajayi. 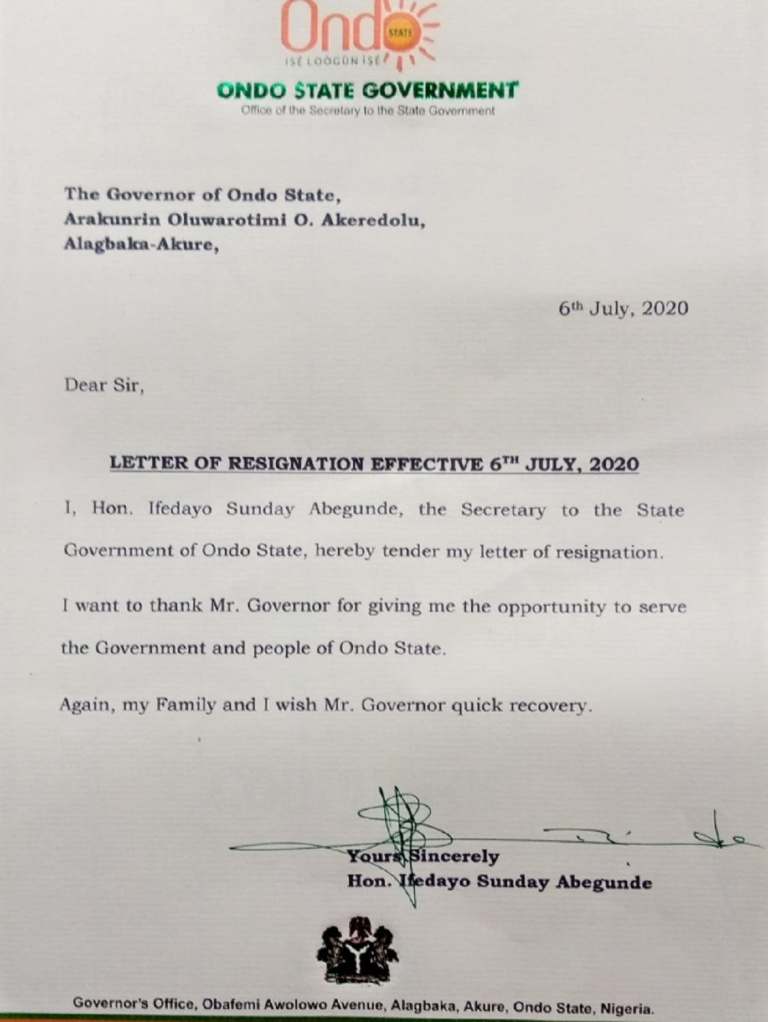