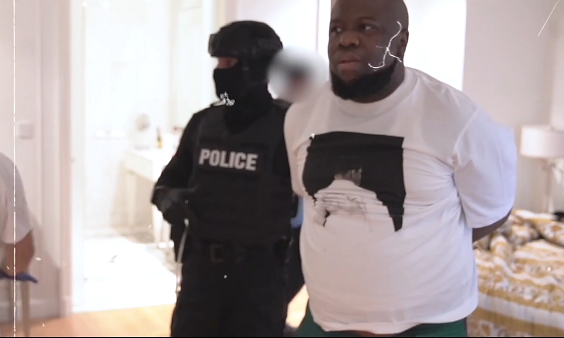 Ramon Abbas, notoriously known as Hushpuppi, had attempted to dupe an English Premier League football club of £100m (N48.4bn), the Federal Bureau of Investigation alleged as he made his first court appearance in an American court on Friday.

The allegation is contained in an affidavit deposed to by FBI Special Agent, Andre Innocenti, who is assigned to the Los Angeles Field Office Hi-Tech Organised Crime Squad.

The suspect is facing charges of conspiracy to commit money laundering among others, the FBi said.

The affidavit partly read, “Abbas and others further conspired to launder hundreds of millions of dollars from other fraudulent schemes and computer intrusions, including one scheme to steal £100 million (approximately $124 million) from an English Premier League soccer club.”

The FBI stated that if Hushpuppi is convicted, he risks spending 20 years in jail.

It is alleged that Hushpuppi and others committed a Business Email Comprise scam that defrauded a client of a New York-based law firm out of approximately $922,857 (N350.6m) in October 2019.

The suspect and co-conspirators allegedly tricked one of the law firm’s paralegals into wiring money intended for the client’s real estate refinancing to a bank account that was controlled by Hushpuppi and the co-conspirators.

It is further alleged that Hushpuppi conspired to launder funds stolen in a $14.7m (N5.5bn) cyber-heist from a foreign financial institution in February 2019, in which the stolen money was sent to bank accounts around the world.

Abbas allegedly provided a co-conspirator with two bank accounts in Europe that Abbas anticipated each would receive €5m (N2.1bn) of the fraudulently obtained funds.