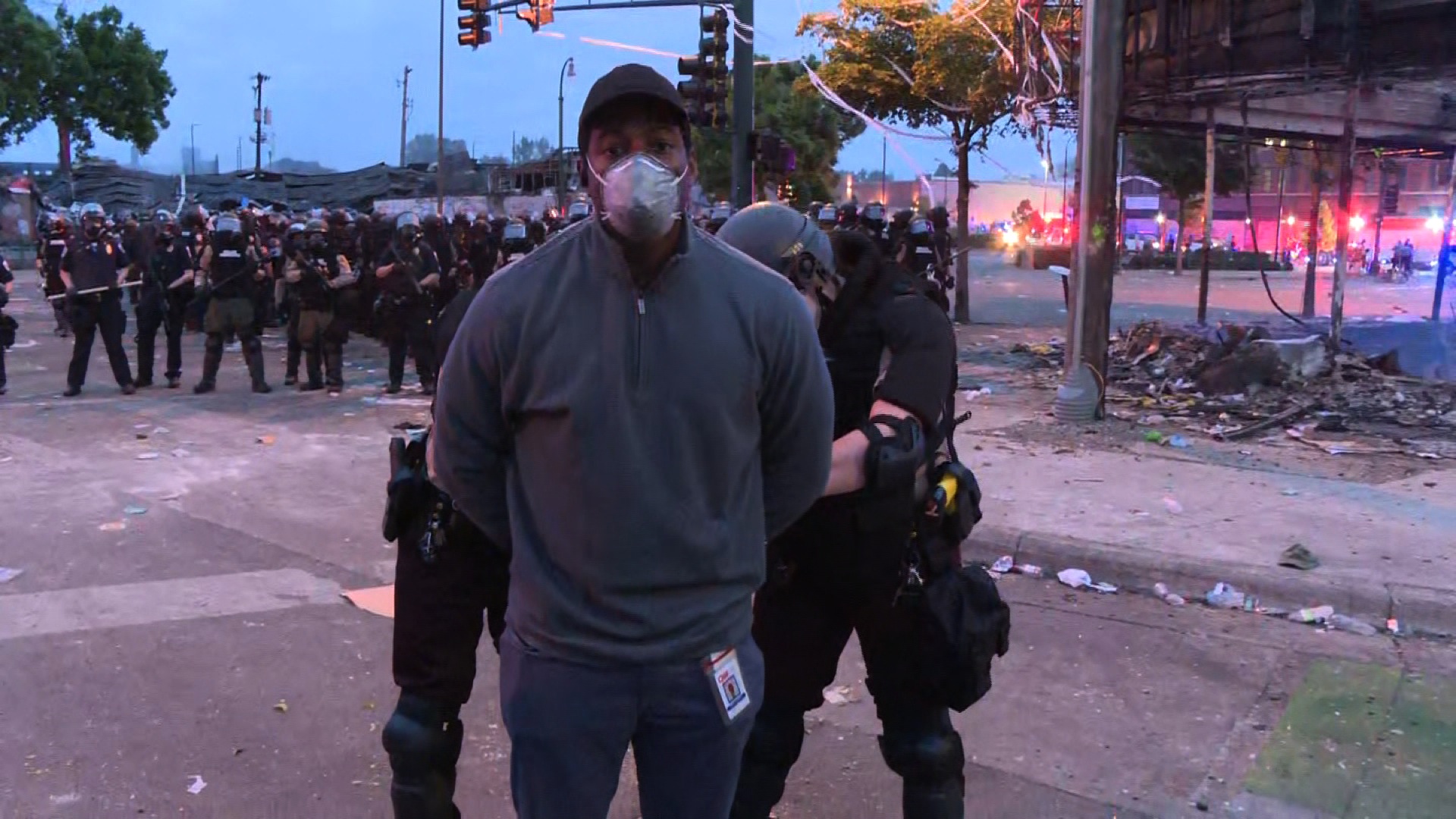 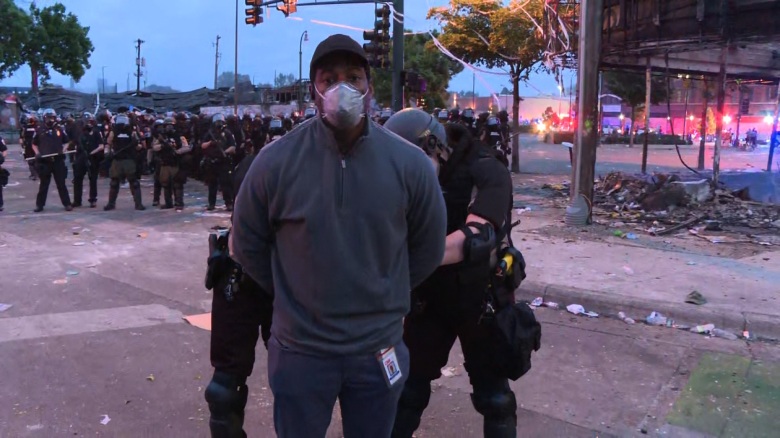 The Minneapolis State police on Friday bizarrely arrested CNN black reporter, Omar Jimenez, who was peacefully covering the fourth day of protest in the city, following the murder of a black man, George Floyd by a white police officer.

Jimenez was professionally doing his job and was as courteous as he could be when the police arrested him on live television for no apparent reason, except for his colour. Interestingly, his colleague, Josh Campbell, who is white, was left untouched.

Jimenez, who was doing his job by the book, had identified himself as a CNN reporter, yet he was arrested. Before his arrest, he was heard asking the police to tell him and his crew where they want them to be as journalists covering the unrest, but the police could not show them a spot. Instead he was arrested for no apparent reason.

Jimenez’s crew, including a producer and a camera operator, were also arrested, alongside him and taken away in handcuffs.

The arrest is a grave violation of their first amendment rights, after they identified themselves as journalists.

Racism has worsened in America under President Donald Trump, accused by many of being a racist. Trump denies the allegation.