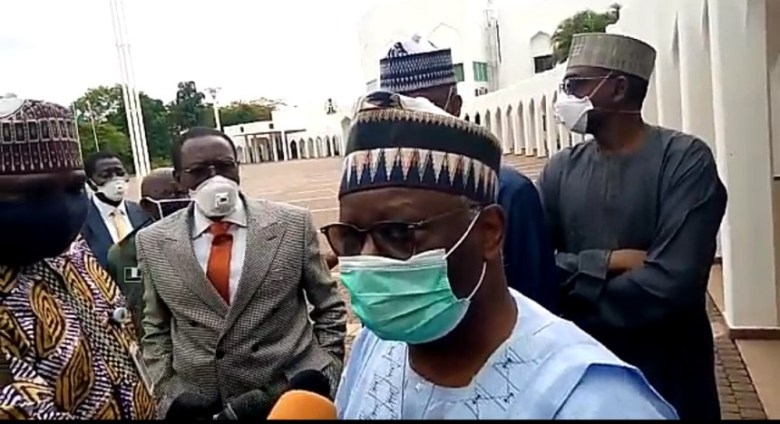 Prof. Ibrahim Gambari, the new Chief of Staff to the President Muhammadu Buhari  said on Wednesday, after his appointment, that he will serve the nation to the best of his ability.

Gambari made the pledge in a chat with journalists after he assumed duties at the Presidential Villa, Abuja.

But when asked what Nigerians should expect from him, he joked: “you have to ask the president that.”

He however promised that Buhari can expect from him loyalty, competence, and support in the task of governance.

The former minister of external affairs thanked the president for naming him chief of staff. “I will serve the nation, Mr President. He needs my loyalty, competence, and support. I will serve to the best of my ability”,he said.

The Secretary to the Government of the Federation, Boss Mustapha, had announced Gambari’s appointment shortly before the start of the virtual meeting of the Federal Executive Council.

The new chief of staff replaced the late Abba Kyari, who died in April of COVID-19 complications.

The FEC meeting, which was chaired by Buhari, had observed a minute silence in honour of the late chief of staff.

The new chief of staff is from Kwara state. He was the minister of external affairs from 1984 to 1985 under Buhari’s military regime.