Former governor of Abia state, Orji Uzor Kalu, is still languishing in Kuje prison in the federal capital territory (FCT), despite a decision of the Supreme nullifying his trial for corruption.

It is understood that there are fears that the senator, representing Abia North, may not benefit from the pronouncement since he was not the person, who made the appeal to the apex court. He was only a respondent in the case. The appellant was his fellow accused, Ude Udeogu, who was convicted and sentenced, alongside the former governor by a high court to 12 years imprisonment for N7.56 billion fraud. Mr. Udeogu, a former director of finance and account at the Abia government house, got ten years while Kalu bagged 12 years imprisonment.

The assets of Slok Nigeria Limited, his company, were also forfeited to the federal government.

A source close to Kalu said that the senator is still in prison because as at on Monday the supreme court was yet to send the warrant of release to the prison authorities.

However, that may not be the reason why Mr. Kalu is still behind bars.

The charges against him and Udeogu were filed by the Economic and Financial Crimes Commission (EFCC). But after their conviction, a dissatisfied Udeogu filed an appeal to challenge the conviction at the Supreme Court.

His lawyers argued, among other things, that Mohammed Idris, the judge who gave the ruling, lacked the jurisdiction to hear the case because he had been elevated to the appeal court at the time he sentenced them to prison.

The apex court, in a unanimous verdict on the appeal delivered by Ejembi Eko, held that the conviction of the appellant was null and void because Idris was already a judge of the court of appeal at the time he delivered the judgment sentencing the appellants.

The court therefore, ordered the chief judge of the federal high court to reassign the case for trial.

It may now seem that only Udeogu, the appellant, may benefit alone from the supreme court judgement.

Interestingly, the court had pronounced that “the case No. FHC/ABJ/CR/56/2007, as it pertains or relates to the Appellant (Udeogu) as the 2nd Defendant at the trial Court, is hereby remitted to the Chief Judge of Federal High Court for re-assignment to another judge of the Federal High Court for trial de novo. Appeal allowed.”

See some pages of the supreme court verdict below: 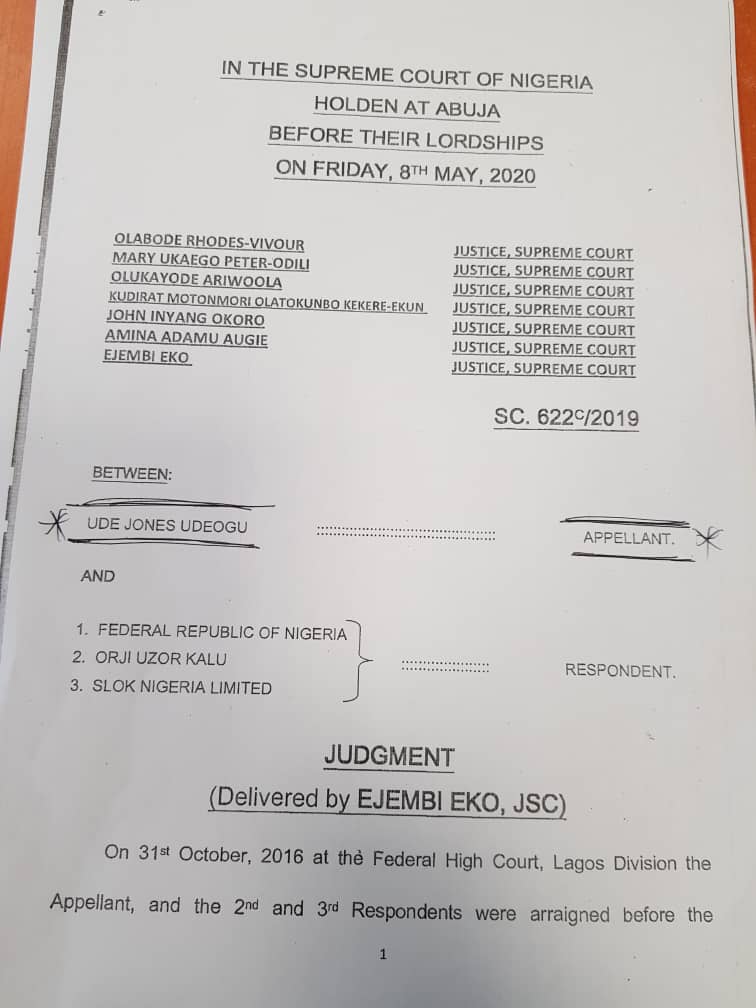 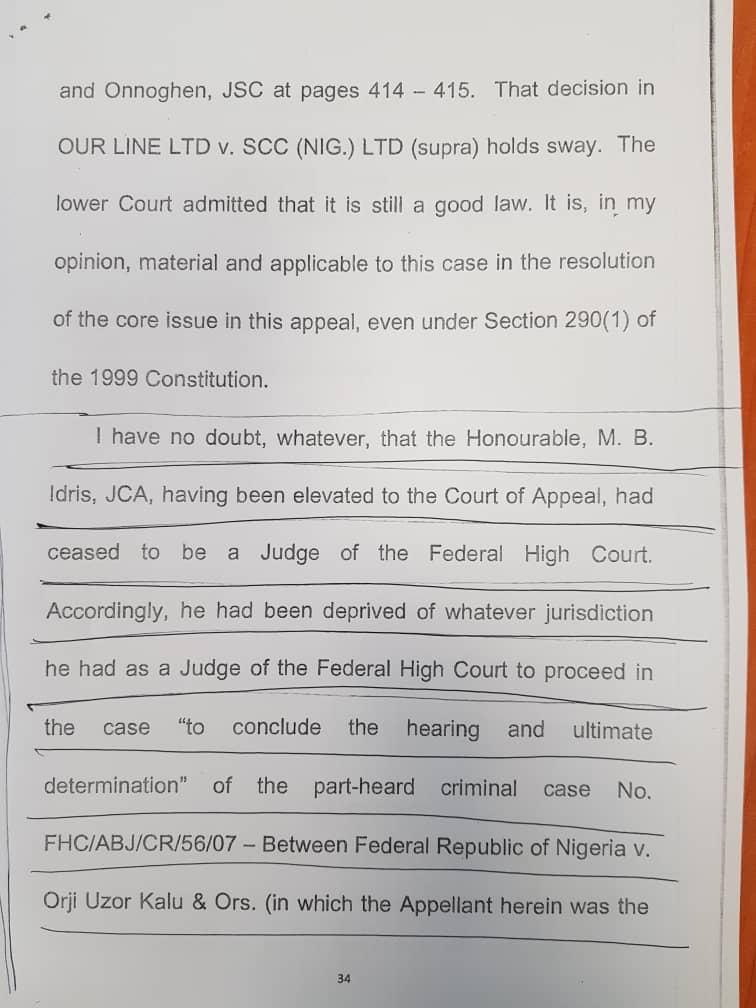 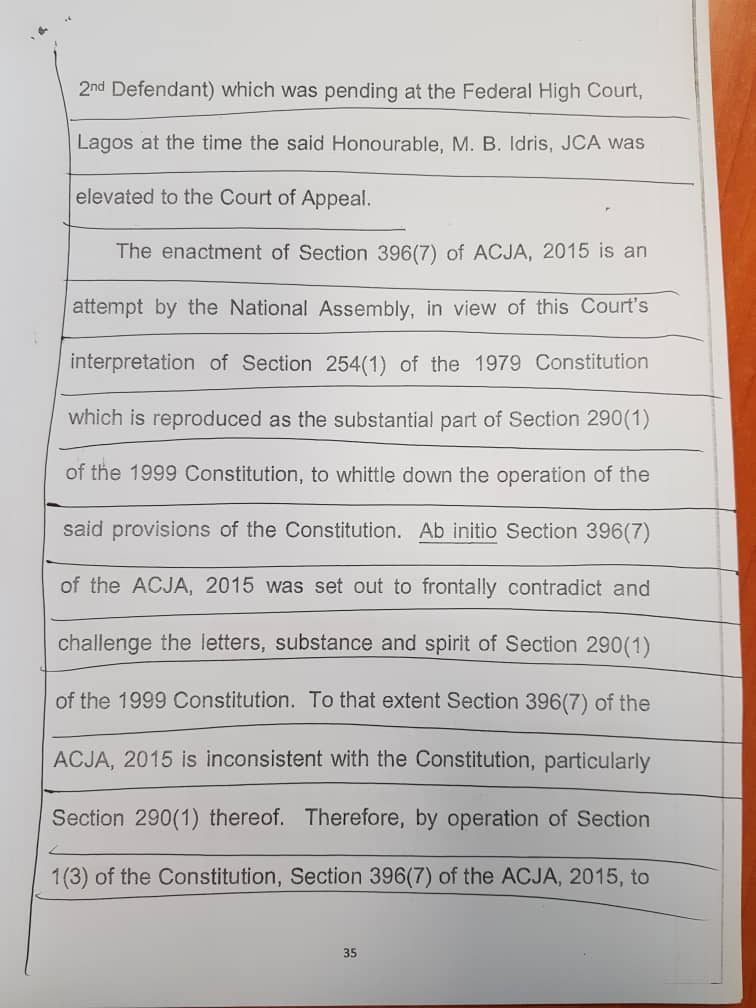 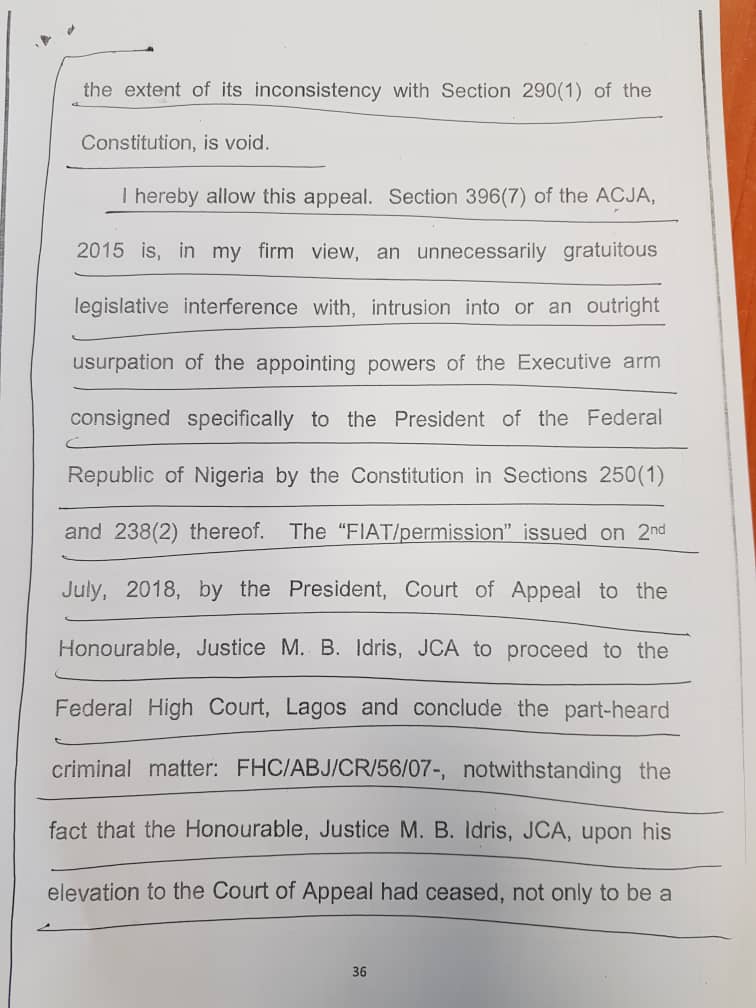 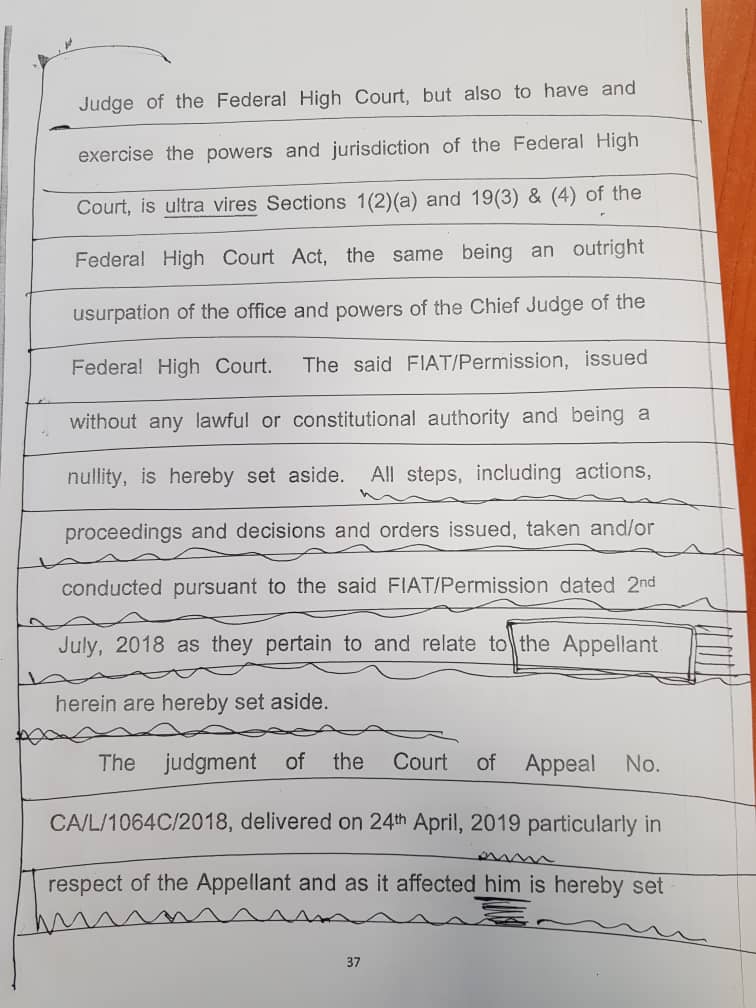 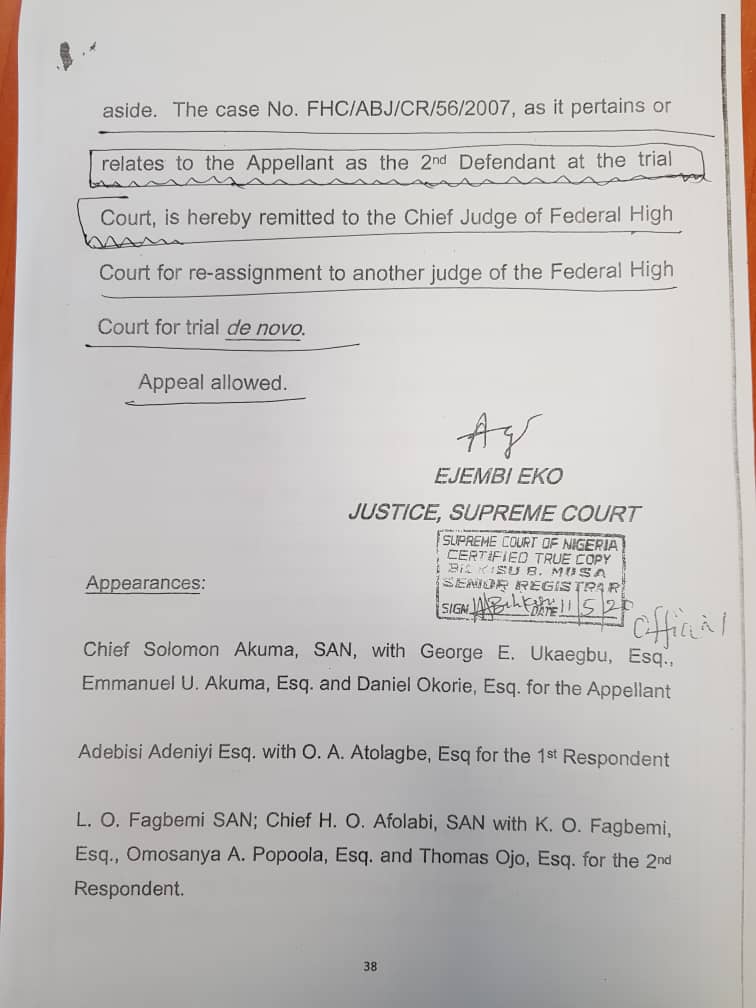