Confirmed cases of coronavirus in Nigeia is inching toward the one thousand mark as the Nigeria Centre for Disease Control (NCDC) on Wednesday night confirmed 91 new cases in eight states and the Federal Capital Territory, Abuja.

Of the new infections, 74 were recorded in Lagos, five in Katsina, four in Ogun, two each in Delta and Edo, and one each in Kwara, Oyo, FCT and Adamawa.

This now brings to 873 the confirmed cases of COVID-19 in the country.

Three more deaths had occurred, raising the fatalities to 28, while those discharged remained at 197, the NCDC said.

91 new cases of #COVID19 have been reported; 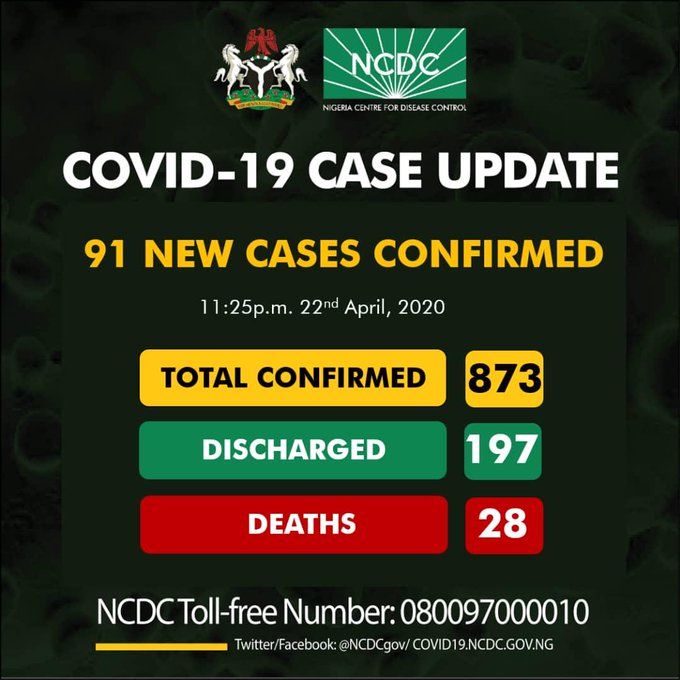 6,460 people are talking about this