The Lagos State Government has announced the death of a 63-year-old patient, who died from the complications of COVID-19.

The commissioner of Health, Akin Abayomi, announced this on Twitteron Wednesday.

This comes barely hours after the sixth death was recorded in the state.

According to the commissioner, the male patient had no travel history or contact with any confirmed case.

“Lagos recorded another COVID-19 death; a 63-year-old male Nigerian who had no history of travel or contact with any confirmed case. Total related deaths now stand at 7.” 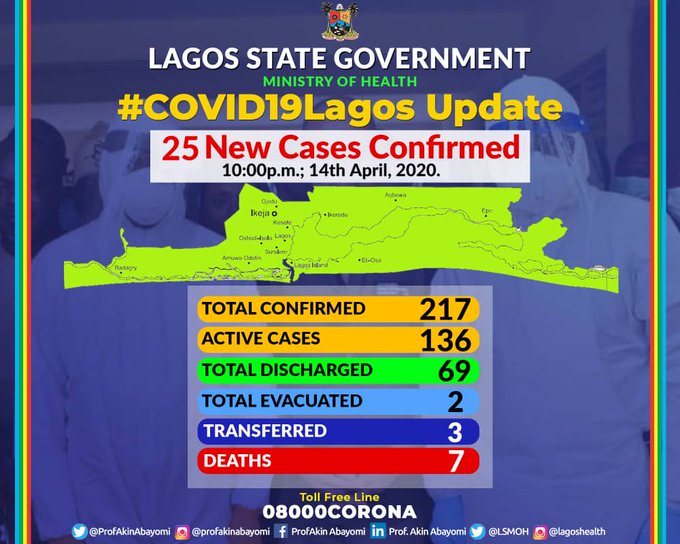 who had no history of travel or contact with any confirmed case.

51 people are talking about this

125 people are talking about this