Nigeria has recorded eight new cases of coronavirus, the Nigeria Centre for Disease Control (NCDC) announced in a series of tweets on Saturday night.

The new cases were recorded in the federal capital territory (FCT), Oyo, Kaduna and Osun, bringing country’s total number of cases to 97.

According to the NCDC the FCT has two new cases, four in Oyo and one case each in Kaduna and Osun.

Eight new cases of #COVID19 have been reported in Nigeria; 2 in FCT, 4 in Oyo, 1 in Kaduna and 1 in Osun State 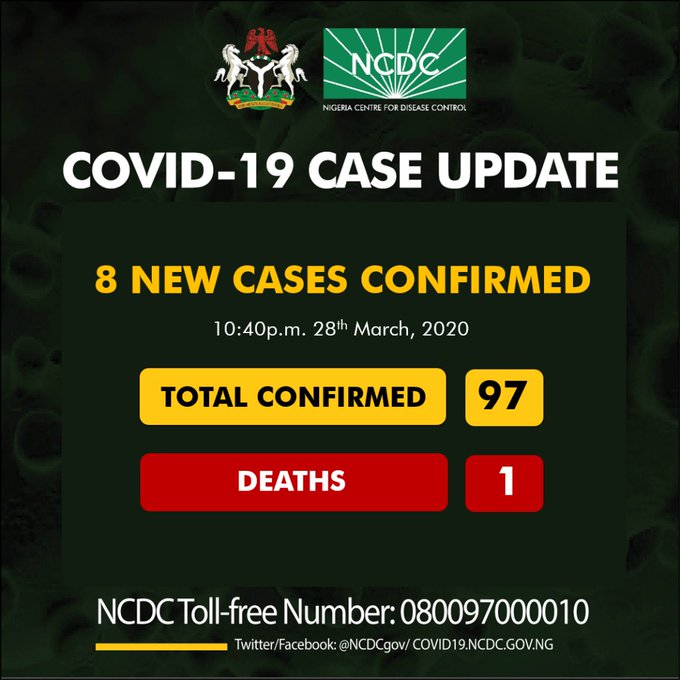 7,195 people are talking about this

Governor of Kaduna State, Nasir el-Rufai, announced on Saturday that he has become the second governor, after Bala Mohammed of Bauchi State, to test positive for coronavirus.