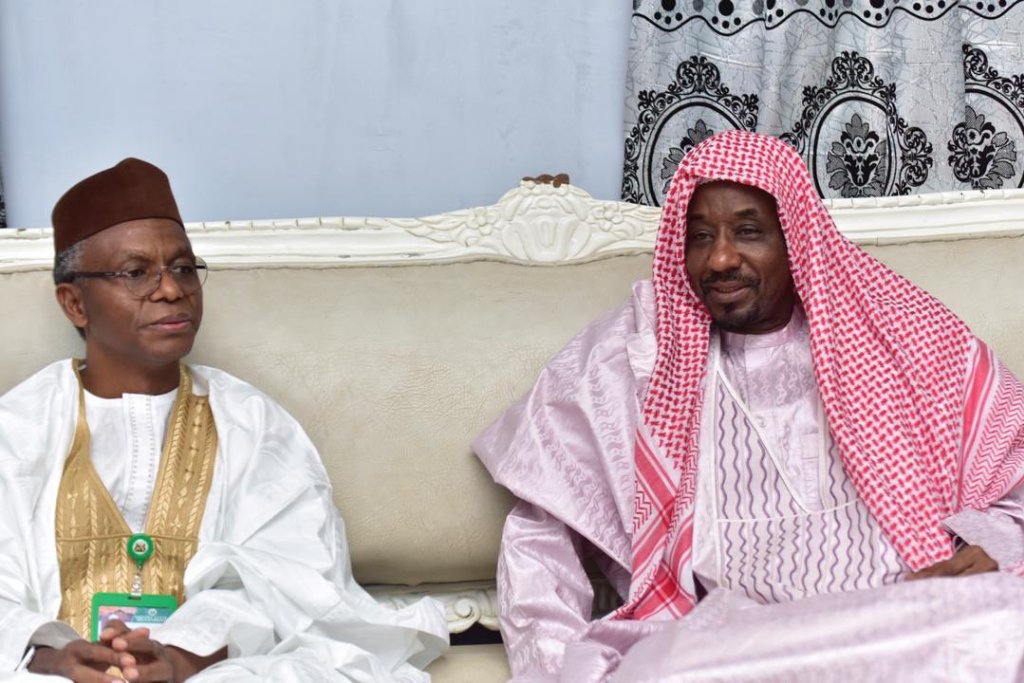 Governor Nasir el-Rufai of Kaduna State, has said that he and dethroned Emir of Kano, Lamodi Sanusi are inseparable, revealing that Sanusi had been with him since he was a teenager and that he (Sanusi) had never left him.

El-Rufai said this on Friday when he visited Sanusi in Awe where he was held in confinement by security agents after his dethronement.

The Kaduna governor, who offered Sanusi two appointments after his dethronement, said he could not leave the embattled monarch at his own time of trouble.

He pointed out that traditional rulers deserve respect and that in Kaduna, monarchs as the custodians of culture are respected.

El Rufai said, “I came to visit my friend and my brother, the deposed Emir of Kano, Muhammad Sanusi II, and to see how he is doing and to express my support for him.”

“As you know, the Federal High Court in Abuja today declared his detention illegal and unconstitutional and his banishment also in violation of the constitution. So, he is free.

“He can live anywhere he wants, including Kano city, if he wants. But we are on our way to Abuja. It is quite likely that the emir proceeds to Lagos which was his preferred destination from day one.

“From the day he was informed of his deposition, it was his wish to go to Lagos because some of his family members are now in Lagos. And by the grace of God we are on our way to Lagos.”

On the appointment he offered Sanusi as the vice-chairman of Kaduna Investment Promotion Agency after the dethronement, el-Rufai said the former emir is a global citizen with network of contacts around the world and would bring investments to Kaduna State.

He added that he could not offer him the position when he was emir because he should be attracting investment to Kano State but that as soon as he was available, he seized the opportunity to bring that value to Kaduna State.

On the second appointment as the Chancellor of Kaduna State University, el-Rufai, explained that it had been a practice in Nigeria for emirs to be chancellors of universities.

He said he didn’t want the emir to feel as if he had lost everything.