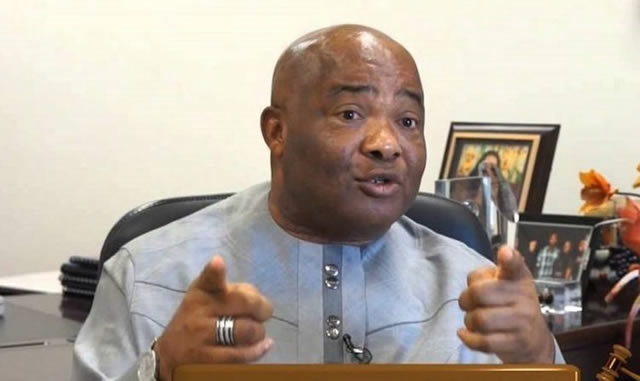 The governor-elect of Imo State, Senator Hope Uzodinma, has ordered all financial institutions, where the state funds are maintained, to ignore any draft till further notice.

Mr. Uzodinma gave the order on Wednesday in letter entitled, “Order of post no debit on all accounts of Imo state government effective immediately 14 January 2020.”

This comes hours after that the Supreme Court declared him the duly elected governor of the state on Tuesday.

“Following the Supreme Court judgment of 14 January 2020, I am directed by his excellency, Senator Hope Uzodinma to take this as your authority/instruction to place a post no debit order on all accounts of the Imo state government maintained in your various institutions.

“You are by this letter directed to comply and await further instruction from the office of his excellency, the executive governor of Imo state. Thanks for your cooperation,“ the letter read.