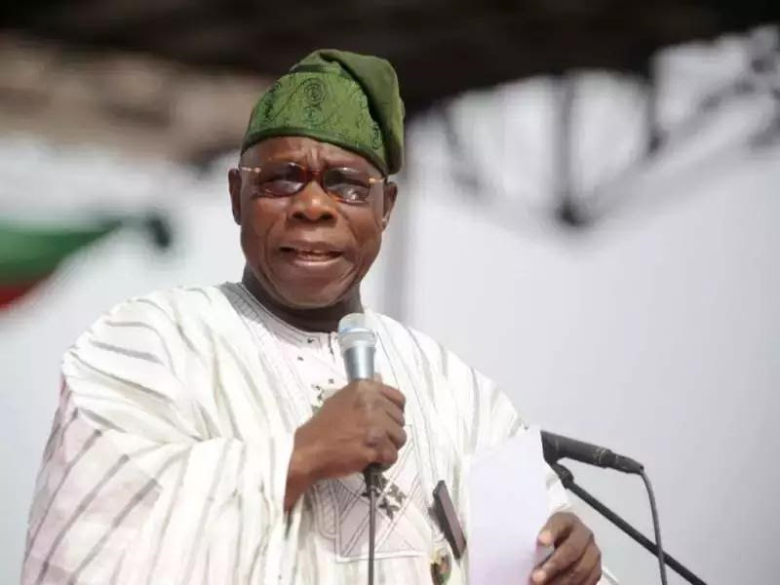 Former President Olusegun Obasanjo has expressed fear for Nigeria’s future generations, as well as that of other African countries over the accumulation of debt by their governments, warning that in the case of Nigeria the country risks impending bankruptcy.

Mr. Obasanjo said this on Friday in Lagos as a keynote speaker at the “Why I am Alive” campaign.

He stated that it would be irresponsible to bequeath such debt to future generations, especially as things would get worse when oil and gas Nigeria relies on would no longer command premium demand as in the past.

“For once, all Nigerians need to rise up and shout in one voice and call on the National Assembly to rise up to its core duty and responsibility and save our children and our grandchildren and great-grandchildren from being mired in debt,” Obasanjo said.

According to him, to service this current level of indebtedness, Nigeria must commit at least 50 per cent of its foreign earnings.

“Such a situation talks about an impending bankruptcy. No entity can survive while devoting 50 per cent of its revenue to debt servicing,” Obasanjo said.

“It has recently been pointed out that in 2018 that total debt servicing took over 60 per cent of government revenue. What’s more, we are not doing enough to address the fundamental, deep-seated and structural challenges that inhibit the expansion of our economy,” the ex-President added.

To worsen matters, the President Muhammadu Buhari government is presently seeking to add another $29.6bn loan to “our already overburdened debt portfolio,” he said.

Despite warnings of financial peril by several economic experts and Nigerians, both the Senate President, Dr Ahmad Lawan, and the Speaker of the House of Representatives, Mr Femi Gbajabiamila, have repeatedly said anything Buhari does is in the best interest of the country.

Mr. Obasanjo conceded that debt could be used to finance growth and/or development,but warned that it is a “double-edged sword” that must be wielded with a high degree of discipline, responsibility and foresight.

He recalled that the country borrowed to build a light rail in Lagos, embarked on the project, but a governor abandoned the project for his full term of four years at 65 per cent completion, when the country should have started paying down on the loan.

The former President also pointed out that there are bus terminals that were declared open but not used, stressing that this type of situation is not peculiar to Lagos alone but also to other states like Rivers and Cross River.

“The Federal Government built a nice looking extension to the Murtala Mohammed International airport that looks completed from outside but not in service.

“To rub ‘aboniki’ on the injury, some clowns are talking of demolishing the main airport and rebuild from scratch. Where on earth is a poor country wasting resources that way?”

Obasanjo, who served two terms as president from 1999-2007 and made Nigeria debt-free, regretted that “to now see all those efforts, go to waste barely less than 15 years after that watershed moment is more than disturbing, painful and retrogressive.

“Nigeria’s leadership was key in the campaign for debt relief in the late 90s/early 2000s. Our relapse into debt will be wrong, signalling to the rest of the continent and could be tantamount to backing the entire continent into another era of ‘highly-indebted poor countries.”

The former president advised that Nigeria, like Saudi Arabia, could finance projects through private equity, saying “we have several national assets that could be used to raise some of the funds that we need in this respect for infrastructural development to give assurance to private sector investors and PPP (Public-Private Partnership) investors, if necessary.”