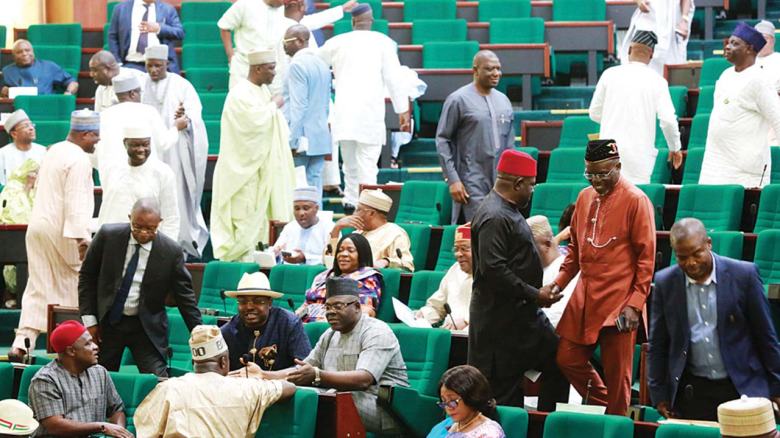 Nigeria’s house of representatives has rejected the planned ‘operation positive identification’ by the military, calling on President Muhammadu Buhari to thrash the “illegal” plan.

The call followed a motion introduced during Tuesday’s plenary by Ndudi Elumelu, the minority leader of the house.

The military had said the operation, which it thinks would curb banditry and crime, will require Nigerians to provide proof of identity when asked to do so.

Mr. Elumelu described the proposed operation as an infringement on the rights of Nigerians, saying the exercise will be an “indirect state of emergency” if allowed to take place and that it contravenes the 1999 constitution.

He said, “It is not part of their mandate, we have the National Identity Management Commission and we have the security apparatus.

“Unfortunately we have been under siege by Boko Haram. They (the military) are simply belabouring themselves with jobs that do not concern them. We have to interrogate this through the committee on army.”

Ahmadu Jaha from Borno was so disappointed by the plan that he called on the security chiefs to quit f they have run out of ideas on how to tackle the nation’s security problems.

He described the plan as a misplaced priority, urging instead the military launch an offensive against Boko Haram and bandits in the north-east and north-west.

Jaha said, “I will like to emphasise that if our security chiefs are out of ideas, they should let Nigerians know about that so that they can voluntarily give way for other people who have new ideas on how to fight insecurity in this country.

“So, this is basically not the work of the military but the work of the Nigeria Immigration Service. How do you tell a common man from my village that he must have an identity card before he moves around? This is a violation of fundamental human rights.”

Meanwhile, a Senior Advocate of Nigeria, Chief Mike Ozekhome, has called on the entire National Assembly to throw its weight behind the call to suspend the Operation Positive Identification, which he dubbed “the height of insanity and madness”.

In a chat with the Punch, Ozekhome said “They should withdraw that policy as urgently as possible.”

He added, “It should not just be the House of Representatives, it should be the entire National Assembly that should descend on this policy heavily, to show that it’s not a rubber-stamp National Assembly people were saying it would be.

“They should not just shout it, they should put it in their votes and proceedings, pass the resolutions, pass motions, and stop this maddening government from going madder and madder.

“It is the height of insanity for citizens to be told to produce their identity card or driving licence, or passport when they are on the streets of their country.

“I have never heard of that. Even the United States of America does not tell foreigners to produce their passports or driving licences when they go about their normal duties. That is why I said this policy is the height of insanity and madness.

“What it simply means is that on the day you forget your identity card or other means of recognition, at home, it means you are an illegal immigrant and will be deported immediately. The more we tend to excuse this government, the more it delves more and more into infamy.”

A former Second Vice-President of the Nigerian Bar Association, Mr. Monday Ubani, said the plan by the army is unlawful.

He said, “I am in support of the suspension of the plan by the army. When I read about the plan in the media, I was wondering which law permitted the army to do such.

“Since the call for suspension of the plan is coming from the House of Representatives, it means no law has been made to give the army the power to embark on such a plan. It means it would have been an unlawful act by the army.”