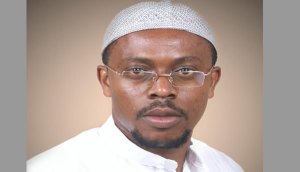 A stone that is visible cannot destroy a hoe. Rwandan Proverb

I am tucked in my hotel room in the Nobleza, their motto quality and luxury and I dare say they are delivering on both…my room just by the pool side is equally delivering an Afrobeat sound and if your guess is as good as mine. It was Burna Boy, one of Nigeria’s poster boys of Afro beat sounds.

Meanwhile, I had peeped, to see tall beautiful Rwandan girls twisting their bottoms to the beat, the lights in my hotel, had come on and off, I do not know exactly what the problem was, but it was comforting (sic) to know that at least they have electricity problem of some sort.

So loads have been said about Rwanda, very beautiful things, stuff about the giant strides being made in all sectors of the nation. Small, tiny Rwanda…the Rwanda for which Hotel Rwanda and Sometime in April, two epic war movies were made about. Rwanda, the land of thousand hills, that expression reminds so much of my equally beautiful but in recent times conflict bloodstained Jos, Nigeria.

This is the second time I am writing about Rwanda in comparison to Nigeria. The first time I did was warning Nigeria not to deteriorate to the Hutsu, and Tutsi level, we already are calling ourselves cockroaches at different levels, if it is not cows being important than persons, we have referred to Fulanis are terrorists, Igbos as thieves and credit card scammers, and Yorubas as yahoo-yahoo boys, we stigmatize every section of our society even to comical heights and the hatred keeps building. All these seeming by the way…

Having a background in Integrated Marketing Communications with bias in PR/Image Marketing can be handy because when you see a well-packaged product with underbelly problems you simply know. Rwanda fought a war, bloody one, visiting the Genocide Memorial Museum speaks volume, I did the maths, this is a country that in 1994, over the course of approximately 100 days, between 500,000 and 1,000,000 Tutsi and politically moderate Hutu were killed in well-planned attacks on the orders of the interim government. Many Twa were also killed, despite not being directly. A genocide had occurred but…yes, but unlike us, they choose to heal, and they are healing, the signs are such that the blind cane see.

Despite the signs that you still notice, Rwanda, known officially as the Republic of Rwanda, located in Central and East Africa and one of the smallest countries on the African mainland. Bordered by Uganda, Tanzania, Burundi, and the Democratic Republic of the Congo. Rolled up her sleeves and with renewed vigor stood for her motto Ubumwe, Umurimo, Gukunda Igihugu, which means “Unity, Work, Patriotism”.

The population is young and predominantly rural, with a density among the highest in Africa and like Nigeria. While Rwandans are drawn from just one cultural and linguistic group, the Banyarwanda, although within this group there are three subgroups: the Hutu, Tutsi and Twa. The Twa are a forest-dwelling pygmy people and are often considered descendants of Rwanda’s earliest inhabitants. Christianity is the largest religion in the country; the principal language is Kinyarwanda, spoken by most Rwandans, with English and French serving as additional official languages.

The sovereign state of Rwanda has a presidential system of government. The president is Paul Kagame of the Rwandan Patriotic Front (RPF), who took office in 2000. Rwanda today has low corruption compared with neighboring countries, although human rights organizations report suppression of opposition groups, intimidation and restrictions on freedom of speech. Rwanda is one of only two countries with a female majority in the national parliament.

Today I am flying Rwanda Air…tall, handsome African frame of the cabin crew caught me, they were young, one of the damsels amongst the almost all male crew was made on Sunday and maybe I could encourage myself that Nigeria has beautiful girls made on all days of the week but it stops there.

Shame pursue me, shame catch me as I asked like everyone does, Is this not ‘kekere’ small Rwanda, the initial joy of our new Nnamdi Azikwe Int’l Airport was short-lived for me as I bordered shamelessly shamefully into the Rwanda Air…

So here I was flying the dream of Africa as they put it on the pack of inflight sugar pack. Rwanda, the story of ambition, guts and a never say die attitude. While the dynamics remain different we have remained in the painful illusion of a Biafran tragedy we have not forgiven, we cannot heal. We continue to ethnicize crime and criminality and worship a defective creation that has lost grip on why they were created in the first place, where they are, and where they want to be.

The National Service isn’t really national anymore, the catchment areas isn’t catching, Federal character is characterless and we engage in the imbroglio of educationally disadvantaged area and too many nomenclatures for systems that have continually held us back. And we are afraid to confront our demons and exorcise them out.

If he’s Christian, the deputy is Muslim, we cry wolf, and bleep sheep over where security chiefs come from and which part gets what of a national cake baked by many, shared by few. The world and in this case Rwanda takes giant strides in tech and pursues her future, while we clown about affidavits and the technicalities of flying a plane in law. We simply have refused to agree on anything but the fact that we are not where we should be.

We do not have a census, refused to have any, like we have no plan that we all collectively agree on. Even the football or soccer that tied our nuptial knots as a people is threatening divorce as we have decided to bring in the ethnic and religious insignia into it. While many ask, where did we get it wrong, I debate scholarly too that we never ever got it right, so going back is scary, moving forward is fearful.

Without meaning to…we are headed where the Rwandans have threaded and paid dearly for. We are deaf, blind and dumb to the greatness that we possess. Like Ethiopian Airlines, like Rwanda Air, and rust me these nations have very dynamic governance issues and it’s not all gold glittering but we as Nigerians are on a bad patch. Our consolation being that we would get there and then my question is get where and really we think anyone is waiting for us to get there. When we will we get there, do we want to there, when we do not know where we are, the fear of there remains there.

I am ashamed because by 2023 there will be no Air Nigeria beyond the logo, that’s one airline that crashed without flying once. Why is it that we never take audits serious? We don’t do audits, and when we do it, we are mute on it. How much did the whole drama cost us as a nation? Why did Virgin Atlantic leave Nigeria, what killed Bellview or Aero, why is Arik sick. Will Ibom and the humanitarian AirPeace stand the test? What’s Rwanda doing differently that we need to copy?

I noticed this tiny nation did not ban motorcycles in city centers, rather they made sure that they followed the rules of riding same, helmet wearing is non negotiable for rider and passenger. VISAs issued on arrival in some 4 minutes, the fastest I can recall in my sojourn several countries.

…Literally I am ashamed being Nigeria, but I am proudly Nigeria, we no dey carry last, but wahala dey, we cannot continue to do same things, same way, and expect a miracle. Chinua Achebe postulates, ‘there was a country’, I say there was never a country, we can still get a country, when—Only time will tell.