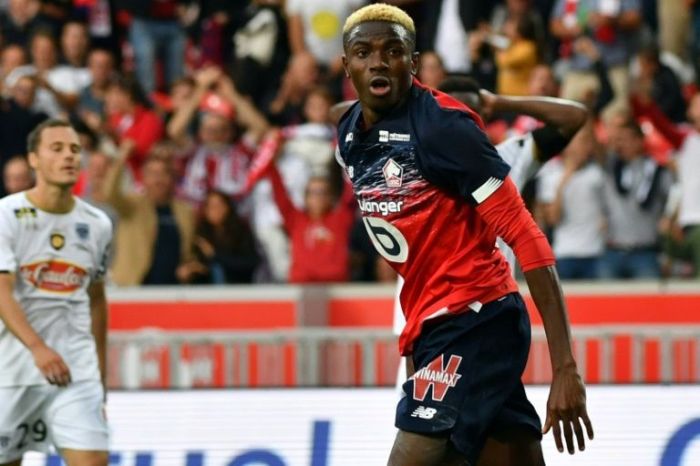 Nigerian youngster Victor Osimhen scored his fifth Ligue 1 goal of the season as Lille claimed a 2-1 win over Angers on Friday.

The 20-year-old Osimhen netted the opener six minutes before half-time to move clear of Lyon’s Memphis Depay at the top of the early goalscoring charts in France.

Luiz Araujo’s fine individual strike in the 53rd minute doubled the lead for last season’s runners-up, who held on to take their third victory of the new campaign despite a late goal from Angers forward Stephane Bahoken.

Osimhen, who scored doubles in previous home victories over Saint-Etienne and Nantes, took advantage of a dreadful error by visiting goalkeeper Ludovic Butelle to grab his goal.

Lille are now third in the fledgling table, level on points with leaders Paris Saint-Germain and second-placed Rennes.

Lyon could overtake them, though, when they visit Amiens later on Friday.

Reigning champions PSG could see Neymar feature for the first time this term after his long transfer saga when they host Strasbourg on Saturday.