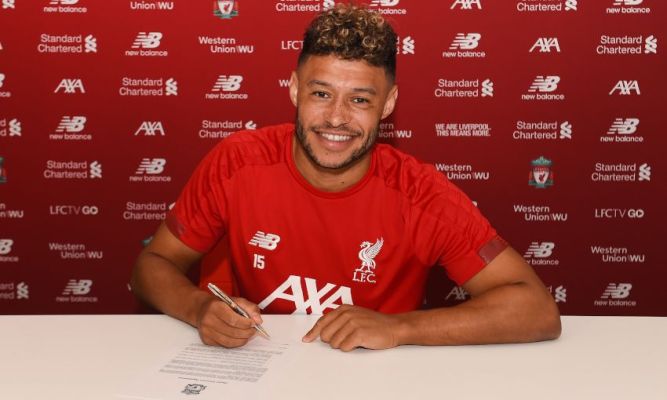 Injury-hit Liverpool midfielder Alex Oxlade-Chamberlain penned a new deal with the European champions on Thursday and pledged to “make up for lost time”.

The 26-year-old former Arsenal star, who made just two appearances last season after being sidelined with a serious knee injury, has agreed a deal which stretches to 2023.

“I feel like I missed out on a year, which I obviously did, so it’s really exciting for me to be able to sign,” Oxlade-Chamberlain, who moved to Anfield from Arsenal in the summer of 2017 for £35 million, told liverpoolfc.com.

“It’s something that I feel is an opportunity to give that year back and make up for lost time — and hopefully put in some good performances to make amends for not being around last year.”

“We all know Alex’s story since he came to the club, and yes there have been disappointments as well as highs, but what has impressed me and everyone is his attitude to dealing with setbacks and his character,” said Klopp.