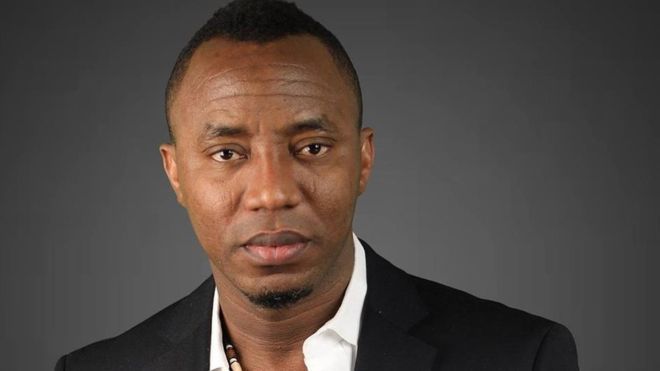 Omoyele Sowore, the convener of RevolutionNow, has asked a federal high court in Abuja to set aside the order permitting the Department of State Services (DSS) to detain him for 45 days.

The presidential candidate of the African Action Congress (AAC) in the 2019 elections, in a 19-ground application filed by his lawyer, Femi Falana, said the order to detain him breached his constitutionally guaranted rights.

Mr. Sowore said the order purportedly “legalised the illegality” of his detention for four days earlier before the court granted the DSS application.

He was arrested on Saturday by the DSS in a desperate bid to thump the #RevolutionNow protest, which was slated for Monday.

The DSS had accused him of plotting with foreign elements to destabilize the country and after keeping him for four days in their custody, had approached the court on Tuesday to seek its permission to keep him for 90 days.

But Justice Taiwo Taiwo turned that down, holding that he had to grant the application “only to the extent” of allowing the security agency to keep Sowore for 45 days to conclude its investigation.