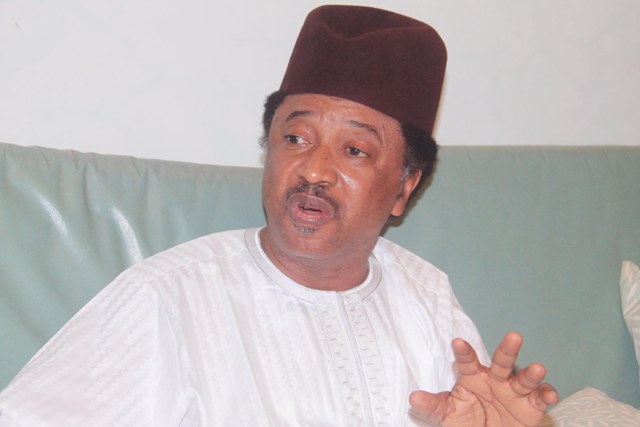 A former senator, Shehu Sani, has said Nigeria is slipping into totalitarianism under the watch of president Muhammadu Buhari, noting that our democracy has become a block of ice floating on warm waters.

Sani said this on Saturday in reaction to the arrest of Omoyele Sowore, presidential candidate of the African Action Congress (AAC) in the 2019 elections by operatives of Department of State Services, DSS in the early hours of Saturday.

The former senator stated that he condemns “the arrest of Omoyele Sowore unreservedly.”

“The Government should defeat Sowore by by beaming a bigger light than his and not by switching off his rays.”

He wondered why a federal government that could sit to have coffee with bandits in search of peace should not be able to engage dissenting voices if it .

Sani said, “A nation that can sit and have a cup of coffee with bandits in the search for peace should not find it difficult to engage dissenting voices.

“A nation that can sit and have a cup of coffee with bandits in the search for peace should not find it difficult to engage dissenting voices.

“It’s ironic for our nation to walk in the sun and be allergic to shadows. The voices of dissent are the heartbeats of democracy.

He accused the ruling elite of becoming intolerant of truths that had once served as the “moral chariots that validated their ascension to power”.

According to him, Nigeria’s democracy will remain questionable until citizens “learn to tolerate things that are legal within the ambit of the law but unpleasant to our ears”.

Sowore’s arrest on Saturday is not unconnected with #RevolutionNow, a planned mass protest against bad governance in Nigeria, which is scheduled to begin on Monday, August 5.

Sani called for his immediate release.