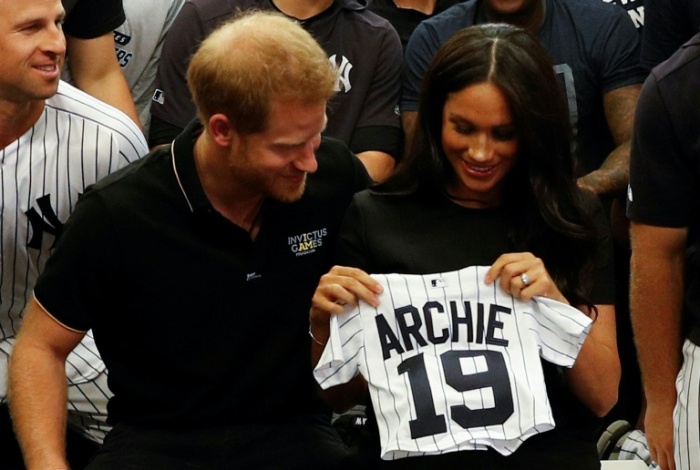 Prince Harry and his wife Meghan were presented with a mini New York Yankees uniform for their baby son Archie when they attended Major League Baseball’s historic first game in London on Saturday.

The Duke and Duchess of Sussex were appearing at the Yankees’ clash with the Boston Red Sox at the London Stadium to promote the Invictus Games Foundation.

Meghan has only made a handful of public appearances since giving birth to Archie in May and the couple met players from both teams before walking out with members of their charity for the ceremonial first pitch.

The royal couple received huge cheers from the sell-out 60,000 crowd in east London.

Earlier, New York manager Aaron Boone presented Meghan with a tiny version of the Yankees’ famous pin-striped shirt emblazoned with Archie’s name and the number 19, while Red Sox players gave her a baby-grow in the team’s colours.

The Yankees and Red Sox are playing games on Saturday and Sunday — the first MLB fixtures ever staged in Europe — as part of the league’s attempt to grow the sport’s global brand.