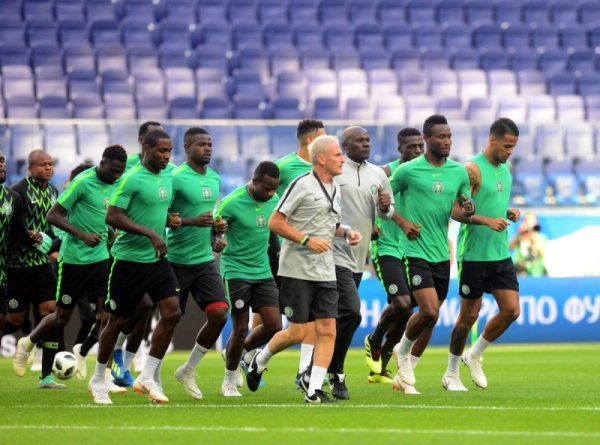 Super Eagles Coach Genort Rohr says the team will commence training on Monday, ahead of its friendly with Zimbabwe on June 8 at the Stephen Keshi Stadium in Asaba.

Rohr, who spoke in an interview with newsmen on his arrival at the Golden Tulip Hotel, Asaba, said that 18 players had arrived for the match.

He said that 25 players were expected but that all of them would not arrive until two days’ time because of engagements.

Rohr said that the choice of Asaba for the match was born out of the fact that the Eagles had favoured Asaba, expressing his optimism that the players would work hard to retain their winning streak.

“Coming to Asaba was good because the Super Eagles have won most crucial matches here at the Stephen Keshi Stadium, Asaba.”

Rohr described the match with the Zimbabwean as a litmus test of the Eagles, ahead of the African Cup of Nations competition.

He said that Captain, Mikel Obi’s early arrival at Asaba showed leadership and an exemplary display of his commitment to lead the team to success.

“We have good results here. We won our games against Egypt, Seychelles and against Uganda here. So I hope that it continues.

“Mikel has at all times been a professional and the fact that he arrived here early means that he is very committed to do well and to lead us.

“We expect 25 players here but some of them cannot come in today because they had games– like Ighalo came yesterday from China — Alex Iwobi is also being expected.

“So, the team will be complete in two days but already 18 players have arrived here in Asaba.

“Training will start immediately tomorrow to get our players ready.’’ ‘