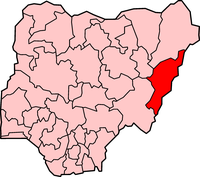 The Independent National Electoral Commission (INEC), says the governorship supplementary election scheduled on March 23, would be conducted in 14 local government areas of the state.

Mr Kasim Gaidam, the state’s Resident Electoral Commissioner in the state told the News Agency of Nigeria (NAN) on Sunday in Yola.

Gaidam said the election would be conducted in 29 Wards (Registration Areas) and 44 Polling Units where over 40,000 votes were earlier cancelled in the recent governorship selection.

“The Commission had prepared for the Supplementary Governorship election in the state. The election is going to be conducted in 14 LGAs, 29 Wards and 44 Polling Units spread across the state,” Gaidam said.

He listed the local areas to include Yola South, Fufore, Ganye, Girei, Guyuk and Hong.

Gaidam, however, explained that the election was declared inconclusive as provided by law based only on official registered voters, not Permanent Voters Cards collected or accredited voters.

He said: “Other figures being circulated should be disregarded as only report released by the Returning Officer should be considered.”

It could be recalled that the results of the governorship election announced by INEC Returning Officer, Prof. Andrew Haruna shows that the PDP candidate, Ahmadu Fintiri scored 367,472 votes, while a total of 334,995 votes scored by incumbent governor, Muhammad Bindow, the APC candidate.