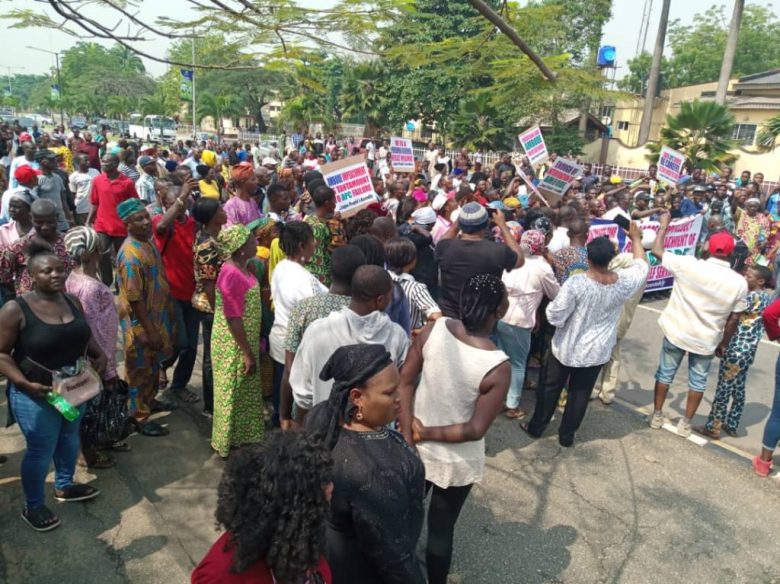 Dozens of Lagosians on Wednesday protested at the Lagos State House of Assembly against the planned impeachment of state Governor, Akinwunmi Ambode.

The protesters carried banners with various inscriptions to voice out their disappointment with the lawmakers.

They asked the lawmakers to allow the governor complete his tenure, saying the impeachment could endanger the 2019 general elections.

The Lagos Assembly had accused Mr. Ambode of gross misconduct and illegally spending from the 2019 budget, which had yet to be approved.

The governor was given seven days to defend the allegations or risk impeachment.

However, it is generally believed that All Progressives Congress (APC) chieftain, Bola Tinubu is behind Ambode’s current troubles after he had played a decisive role in denying the governor, adjudged by all to have performed well, a second term.

Police vans were seen mounted at Assembly’s, while the protesters stood outside, singing songs of defiance.