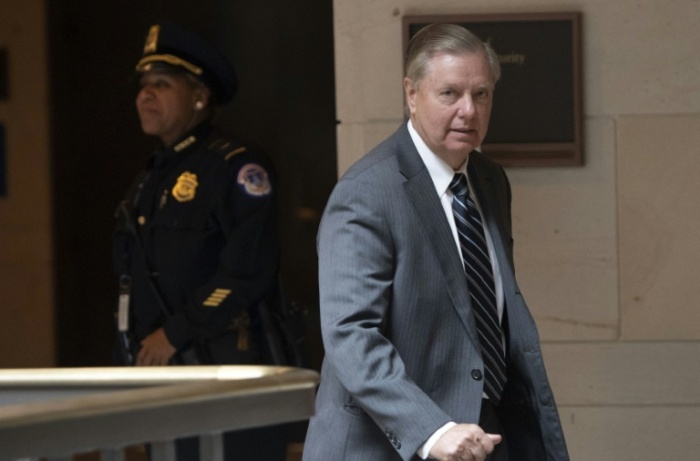 Two key US Republican senators said Tuesday after a briefing by the CIA’s director they have “zero” doubt Saudi Arabia’s crown prince directed the murder of the journalist Jamal Khashoggi.

“I have zero question in my mind that the crown prince directed the murder and was kept appraised of the situation all the way through it,” Senate Foreign Relations Committee chairman Bob Corker told reporters after CIA director Gina Haspel briefed a small group of senators.

“If MBS were in front of a jury he’d be convicted in less than 30 minutes.”

Fellow Republican Senator Lindsey Graham, who has urged Trump to take a far tougher stance against Riyadh over the killing, also attended the hour-long briefing.

He minced no words afterwards, saying he believes Crown Prince Mohammed bin Salman is “a wrecking ball” who is “complicit in the murder of Mr. Khashoggi to the highest level possible.”

After reports that the CIA concluded that the crown prince ordered Khashoggi’s assassination in the Istanbul consulate on October 2, Trump issued a statement saying US-Saudi relations and oil market stability were too important to rock over the scandal.

Last week, under mounting pressure from lawmakers on both sides of the political aisle who wanted action against Riyadh, Secretary of State Mike Pompeo and Pentagon chief Jim Mattis held a closed-door all-senators briefing where they said there was no direct evidence linking the crown prince to the murder.

On Tuesday Graham swatted their assessment aside.

“You have to be willfully blind not to come to the conclusion that this was orchestrated and organized by people under command of MBS, and that he was intricately involved in the demise of Mr. Khashoggi.”

Like Loading...
‹ 2019: Catholic Church Distances Itself From Mbaka’s Controversial Prophecy
US Special Counsel Mueller Recommends No Jail Time For Flynn ›