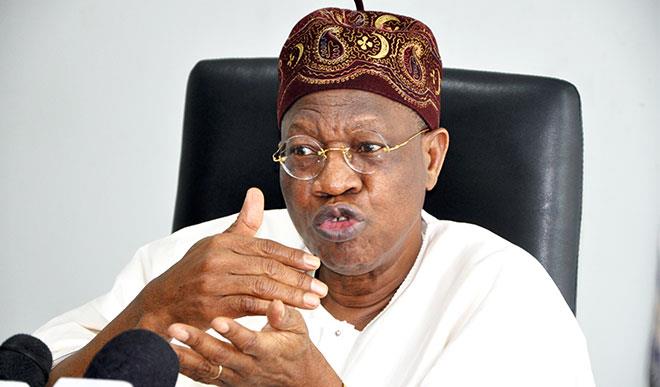 The Minister of Information and Culture, Lai Mohammed has claimed that the Nigerian government spends N3.5m monthly to feed the leader of the Islamic Movement of Nigeria, Ibrahim El-Zakzaky, who is in the custody of the Department of State Services (DSS).

El-Zakzaky has been in DSS custody since December 2015 after he was arrested following clash between members of his religious group and soldiers of the Nigerian Army in Zaria, Kaduna State.

The information minister said, ”Please the issue of where El-Zakzaky is should be kept off the record. It cost the Federal government about N3.5 million every month to feed him, this is a fact.

“We don’t want to inflame passion because its a very sensitive matter but that is the situation. The Islamic Movement of Nigeria are a different kind of group.”

Like Loading...
‹ Teenager Kills His Mother, Sleeps With Her Corpse For Money Ritual
200 Bodies Found In Mass Grave ›