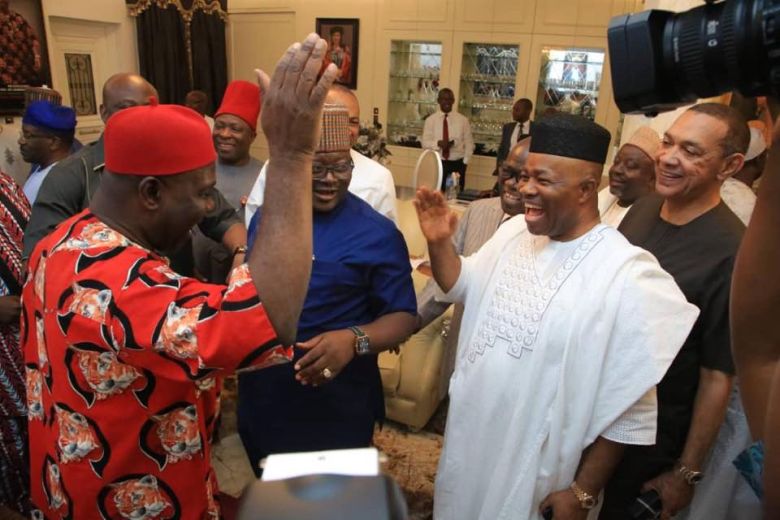 Senate President Bukola Saraki, after outsmarting security agents to preside over plenary that reduced the ruling All Progressives Congress, APC, to the minority party in the senate, after the defection of 15 APC senators to PDP, lead senators (mainly PDP members), in a show of solidarity to the house of his deputy, Ike Ekweremadu, whose Apo Abuja residence was under siege by operatives of the police and Economic and Financial Crimes, EFCC.

That visit brought an end to the siege, and the senators put icing on their cake of Tuesday victory by cooling off with foods and drinks as they chatted, laughed and sang in celebration of their Super Tuesday victory over a plot to unseat Saraki as Senate President and turning APC into a minority party in the senate.

Watch the video below: