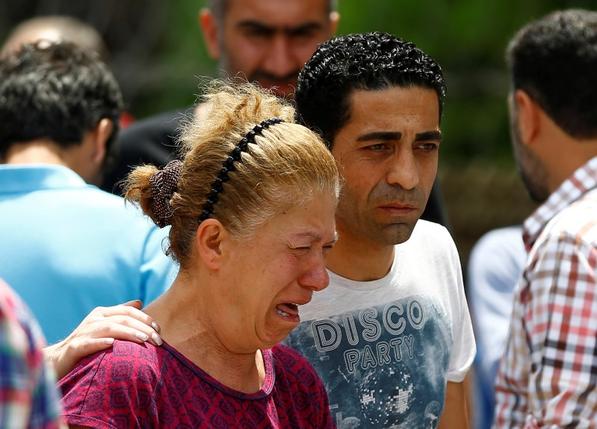 Over fifteen hours after the terror attack on Ataturk International Airport, Istanbul, Turkey, no group has claimed responsibility. How US experts, familiar with terrorism and early stages of investigation, say that attack bears the hallmarks of ISIS.

The attack on Europe’s third-busiest airport was the deadliest in a sequence of suicide bombings this year in Turkey, which is part of the U.S.-led coalition against Islamic State.
Five Saudis and two Iraqis were among the dead, a Turkish official said.

Also citizens from China, Jordan, Tunisia, Uzbekistan, Iran and Ukraine were also among 13 foreigners killed.
One attacker opened fire in the departures hall with an automatic rifle. This sent passengers scampering for cover and a hatch to escape before all three blew themselves up in or around the arrivals hall a floor below, witnesses and officials have told the press.
Video footage showed one of the attackers inside the terminal building being shot by a police officer, before falling to the ground as people dispersed like crads in the wind. The attacker then blew himself up abound 20 seconds later.

“The authorities are going through CCTV footage, witness statements,” a Turkish official said.

However, the Dogan news agency said autopsies on the three bombers, whose trunks were ripped off, had been completed. They point out that they are foreign nationals.
In any case, two U.S. counterterrorism officials familiar with the early stages of investigations said Islamic State was at the top of the list of suspects even though there was no evidence yet.

President Tayyip Erdogan is spitting fear and promising vengeance like “rain from hell”.
This was an attack at the soul of Turkey. Istanbul’s Ataturk Airport is the entry point for the majority of the morethan 30 million people who visit the country yearly. It serves as the hub of Turkish Airlines, the country’s only known international carrier. It is the gateway to Turkey and to doing business there.
Certainly the attacks will harm Turkey’s tourism economy and the business community. It will hang a question mark on the country as a safe place to visit and do business.

Erdogan is aware of this. That is why he said the attack should serve as a turning point in the global fight against terrorism, which he said had “no regard for faith or values”.

So far, Turkey has refused engaging ISIS in full war, instead it is more concerned by its battle against Syria’s Assad regime as well as blocking advances by the Syrian Kurds. But after this attack Turkey, fighting ISIS in a war, could now be inevitable.